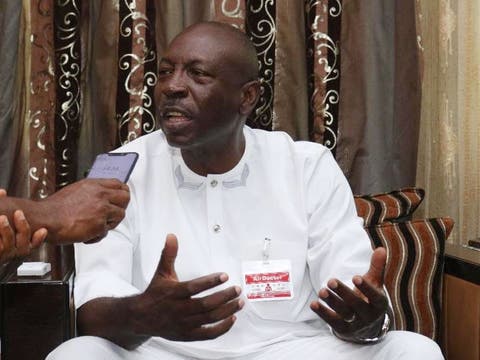 Alex Enumah in AbujaThe candidate of the All Progressives Congress (APC) in the recently conducted Edo State governorship election, Pastor Osagie Ize-Iyamu, and the other candidates that lost in the election have continued to weigh their options as they have 14 days left to challenge the victory of Governor Godwin Obaseki at the poll, according to Section 285 (5) of the constitution as amended, THISDAY has learnt.

The election was a straight fight between Obaseki and Ize-Iyamu, who was defeated by the Edo State governor on the platform of the Peoples Democratic Party (PDP).

The election was adjudged to be free and fair by the APC and President Muhammadu Buhari.

Both the APC and Buhari have since congratulated Obaseki, but the party’s candidate, Ize-Iyamu has insisted that he was yet to decide on the next line of action.

Relying on a dependable party source, THISDAY had reported that the leadership of APC was mounting pressure on its candidate to accept his defeat by Obaseki.

THISDAY gathered that the closed-door meeting with Ize-Iyamu took place at the Abuja residence of Buni.

The APC governorship candidate has since denied being under pressure from party leaders to accept defeat.

THISDAY gathered that since he has not accepted the outcome of the September 19 election, he has 14 days left to challenge Obaseki’s victory at the election petition tribunal, out of the 21 days provided by law.

The law provides that the contestants have 21 days to challenge the results from the day of the announcement of the winner, which is September 20.

According to a senior lawyer, Mr. Ahmed Raji (SAN), any contestant in a governorship election who has grievances or complaints about the conduct of the election can seek redress at the State Governorship Election Petition Tribunal.

The senior lawyer told THISDAY that the contestant must file his or her complaints or petition within 21 days from the day the electoral umpire announced the results of the poll or declared a particular candidate winner of the election.

“Section 285(5) of the 1999 Constitution as amended provides that an aggrieved party in a governorship election of a state in Nigeria must file his or her complaints at the State’s Governorship Election Petition Tribunal inaugurated to hear such matters not later than 21 days from the announcement of results of the governorship poll by INEC.

“In the event of failure to file the petition within 21 days after results were announced the petition would be said to have become statute barred, that is it is forbidden by law, dead, has no benefit to the petitioner or at best a mere academic exercise,” Raji explained.