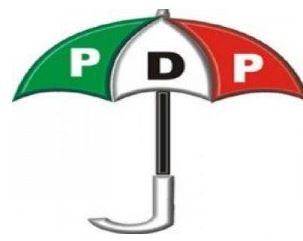 Ahead the 2018 gubernatorial election in Osun State, the state chapter of Peoples Democratic Party (PDP) on Monday held a inter-religious prayer session at their party secretariat, Ikirun Road, Osogbo.Party loyalists in their thousands led by the Chairman, Dr Soji Adagunodo and stalwarts of the party converged on the secretariat to pray for the enthronement of a PDP led government in the State cone 2018

Addressing newsmen shortly after the prayer session, Dr. Adagunodo gave assurance that Osun PDP is not only united but ready for 2018 gubernatorial election in Osun State.

Adagunodo assured the people of Osun State that his party will present a credible candidate but enjoined members to join the moving train to work assiduous and ensure victory for PDP come 2018.

According to him, the people of Osun State are fed up with the All Progressives Congress led administration in the state adding that PDP is the best alternative.