Ahead of the 2019 polls, the fourth-term ambition of Hon. Patrick Asadu representing Nsukka/Igbo-Eze South at the House of Representatives has sharply divided the people of the area.

The lawmaker’s ambition is generating ripples, especially within the fold of the Peoples Democratic Party, PDP.

Asadu is the the Chairman of House of Representatives committee on Ports, Harbours and Waterways.

DAILY POST gathered that he had at a recent function in his constituency declared his intention to return to the green chambers come 2019.

However, some of his constituents are already miffed over his ambition, which they considered to be antithetical to the age-long zoning arrangement in the constituency.

Asadu is from Igbo-Eze South Local Government Area, and as such there are clamour that the seat should shift to Nsukka council area, where the western part, (Ovogovo) are insisting that for justice to be done, they should be given the slot.

To drive home their anger, only recently, a poster with two red lines crossed over the photograph of the House of Rep member, with the inscription “Nsukka, Say No To Asadu’s 4th Term Bid”, appeared in several strategic places in the constituency.

Before now, a group known as Ovogovo Young Professionals (OYP) had fired the first shot where they described Dr. Pat Asadu as the worst House of Representative member that ever represented Nsukka/ Igboeze South Federal constituency.

The group in a statement signed by its National president, Hon. John Eze said: “Dr. Pat Asadu has failed the constituency woefully; he has no business going back to the National Assembly.”

“We need a vibrant federal lawmaker that will attract federal presence to our area as well as touch the lives of the people of his constituency, and not bench warmers in the National Assembly”, the statement read.

The battle has already shifted to the social media where promoters of the Ovogovo agenda are slugging it out with loyalists of the incumbent lawmaker.

One of them, Chris Ugwu wrote: “The federal constituency which is made up of two council areas and it is based on equity and justice that Asadu emerged in 2007. Otherwise, Nsukka has the majority of votes and could always decide against any other person from Igbo-Eze South.

“For instance Nsukka produced the member that represented the constituency from 1999 to 2007 and thereafter conceded the seat to Igbo-Eze South in 2007, expectedlly for them to have a shot for two terms.

“Asadu has remained in the green chambers since 2007 till date and is still doing everything to ensure that he retains the seat for the fourth tenure, even though he has nothing to show for the twelve years he has represented us.

“The feeling of marginalization has ensured the emergence of many pressure groups from Nsukka West who are all pushing for their own to be elected as House of Representative member come 2019.

“The people of Nsukka West also known as Ovogovo are putting up strong demands on the account of the fact that Nsukka consist of three political blocks: Nsukka East, Nsukka Central and Nsukka West.

“As it is today, it is only Nsukka West that has not produced a representative. We are battle ready to mobilize against Asadu; his three terms to the National Assembly has not impacted anything to the constituency; why then should the powers-that-be continue to impose him on us? It is even more lamentable when we consider that he has performed below average. He has not done any concrete constituency project for nearly 12 years now; the money ends in his pocket? So, why is he angling to return?”

At the last count, only one aspirant, Chidi Mark Obetta, has emerged from the Ovogovo area.

Another Facebook user, Ruth Nwabu Livinus Agbo wrote: “You are telling us that you gave Pat. Asadu support for fourth term to the Federal House of Representatives, even when he doesn’t have anything to show for his previous representations. You are all Sycophants.”

Augustine Alumonah, another Facebook user posted, “Even if he is the best, that seat is for Nsukka and Igbo-Eze South. It’s been turn by turn, every two terms, till Dr Asadu’s turn.”

For Ezema Ejiofor, “Pat Asadu has spent most of the 12 good years in that green chamber as an ordinary bench warmer. I have never seen him moving a motion….just there wasting our money and resources. He is a disgrace to Enugu State and Nsukka in general.”

Meanwhile, efforts to obtain comments from the lawmaker proved abortive. He was yet to react to enquiries by our correspondent as of the time of filing this report.

However, one of his supporters, who preferred anonymity told DAILY POST that no matter how some people tried to play politics of bitterness, Asadu’s performances were there for all to see.

According to him, “it is unthinkable for some persons to just come up and start telling bare-faced lies simply because they are interested in a position being occupied by someone else.

“To set the records straight, it is pure fallacy for anyone to say that he has not sponsored any bill in the House. He has so far sponsored not less than nine bills and five motions, including a Bill for an Act to amend the River Basin Development Authority Act; A Bill to repeal the Nigeria Ports Authority Act; A Bill for the establishment of Forensic DNA Database in Nigeria; A Bill to establish the Federal College of Dental Technology and Therapy to provide for courses leading to the award of degrees, among others.

“I can also authoritatively tell you that there are several motions to his credit. So, for some people to say he is a bench-warmer, they are far from the truth.

“It is a contest and their attacking billboards and printing funny posters has firmed his determination to test his relationship with the voters.”

When asked to comment on the issue of constituency projects, he said the lawmaker championed the study centre of the National Open University in Opi, renovated the Ovoko Boys Secondary school, and was also involved in ‘Obu Nsukka’ projects.

“Now, those who are saying he is taking money meant for constituency projects, how is that possible? Cash it from the budget document or move to executive arm and award it to himself, process the payment and pocket the money?” He quipped.

Meanwhile, one of the aides to the lawmaker, Mr. Chineme Onyeke, was earlier reported in the media as saying that the rejection posters were the handiwork of some intending aspirants who were afraid of the of Asadu.

“Those afraid of the achievements of Dr. Asadu are the ones hiding under the ‘Nsukka Say No’ campaign poster.

“I’m part of Nsukka and I am not aware of any decision to bar him from contesting in the 2019 National Assembly election. It is his constitutional right to stand for the election”, Onyeke was quoted as saying. 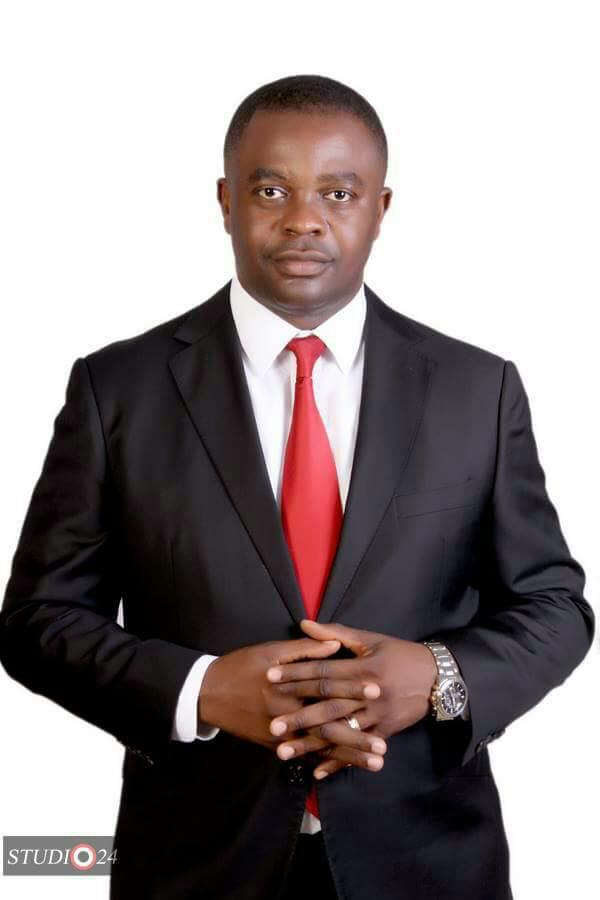