Skip to content
You are here
By Femi 0sinusi

Some leaders of the Peoples Democratic Party (PDP) from the Northern part of the country on Sunday evening held talks with former President Olusegun Obasanjo in Abeokuta, Ogun State, in what they called an advocacy visit to the former leader.

The leaders of the party also on Saturday morning, held talks with former Military President, General Ibrahim Babangida at his Uphill mansion in Minna, the Niger State capital. 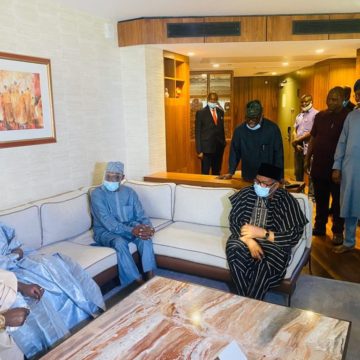 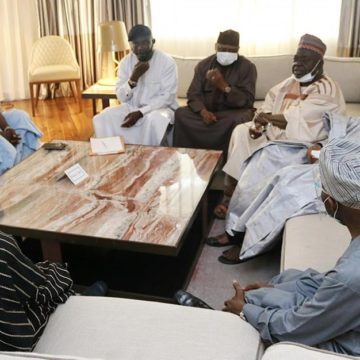 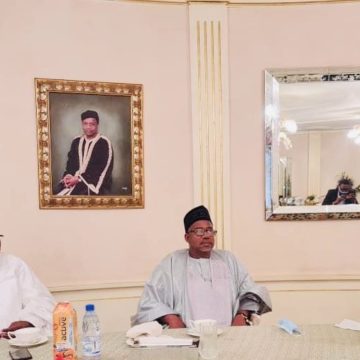 The delegation to Obasanjo, led by the Bauchi State governor, Senator Bala Muhammed, comprised mainly Northern politicians including former governors, a former minister and others who arrived the Abeokuta home of the former president around 4.00 p.m. for the talks.

According to an impeccable source at the meeting, those who visited the former president alongside Senator Muhammed were former Jigawa State governor, Alhaji Sule Lamido; former Niger State governor, Dr Babangida Aliyu; former Minister of Special Duties, Alhaji Taminu Turaki, a Senior Advocate of Nigeria, Masanin Gwandu, among others.

Though details of the meeting were still sketchy as of the time of this report, it was gathered that the delegation was in Abeokuta at the instance of the party to intimate Obasanjo on its activities during the past elections and to seek his input and suggestions towards achieving the collective goal of the PDP in the future polls.

It was also gathered that the meeting afforded the delegation to do a review of the 2019 general election and to seek the views of the former president on how the party can take over the running of the government come 2023.

Former President Obasanjo, who received them in company of some political leaders like Otunba Oyewole Fasawe among others, was said to have expressed his hapiness for seeing those he described as heavyweights of the party from the North, assuring them that he would continue to give advise that will move the country forward.

The delegation had on Saturday taken the advocacy visit to former Military President, General Ibrahim Babangida, where they also solicited his support and blessing for the party towards the future elections.