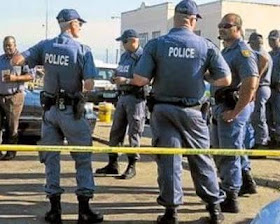 The Nigerian Union in South Africa has confirmed the death of 35 year old Nigerian businessman, Ikejiaku Chinedu, who was beaten to death by guards of a private security firm situated on the outskirts of Polokwane, Limpopo Province of South Africa at about 8p.m on Tuesday July 25th.

Chinedu who is married with three children and hails from Ogwa, Mbaitolu Local Government Area of Imo state, was chased by the guards and seriously beaten until he died. Autopsy carried out showed he had many bruises on him.

The South African police say a thorough investigation will be carried out. The deceased is the 15th Nigerian to be killed in South Africa this year.