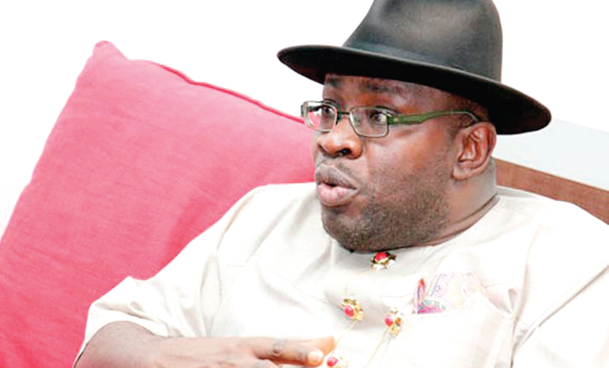 A Sagbama High Court in Yenagoa, Bayelsa, on Thursday, remanded five suspects who allegedly attempted to rob the state Governor, Seriaki Dickson, in his country home at Toru Orua.

Justice E.T Okara ordered their remand in prison after they had denied the charges, and adjourned the case till Dec. 6 for hearing.

The Prosecutor, Mr Ayebatonye Jumbo, had told the court that the accused conspired to procure arms with the intent to invade Gov. Dickson’s country home at Toru Orua in Sagbama Local Government Area.

Jumbo alleged that one of the accused, a construction worker at Dickson’s residence had discovered a room stuffed with cash.

“This was after their initial plan to approach the Economic and Financial Crimes Commission under the whistleblowing policy to get commission had failed,” the senior state council said.

The prosecutor said that the offence contravened the Robbery and Firearms Act of 2004.

The prosecution witness, Insp Richman Ebipade, told the court that the accused had during investigation, confessed to procuring arms for the proposed operation.

However, Ebipade, under cross-examination by the defence counsel, Mr Julious Iyekoroghe, told the court that his investigative team did not recover the said arms from the accused. (NAN)