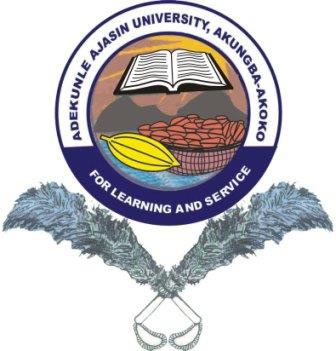 The authorities of the Adekunle Ajasin University, Akungba-Akoko, Ondo State, said it had suspended six lecturers over alleged misconduct and disturbance of the peace of the institution.

The affected lecturers are the institution’s branch Chairman of the Academic Staff Union of Universities, Dr. Sola Fayose; a former chairman, Dr. Busuyi Mekusi; the Vice-Chairman, Dr. Dorcas Alase; and the Assistant Secretary of the union, Dr. Sola Olorunfemi.

In a statement issued by the Head, Information, Protocol and Public Relations of the institution, Mr. Sola Imoru, the suspended lecturers went against the directive of the institution’s Senate on the submission of students’ examination scores.The authorities stated that it had given directives to constitute a panel to investigate the matter in order to restore discipline, peace and sanity in line with the extant law of the university.

It was however gathered that the lecturers were suspected because they were always going against the action and decision of the Vice-Chancellor, Prof. Igbekele Ajibefun.

One of the offences of the lecturers, according to a source, was that they opposed the vice-chancellor when he allegedly  sacked some deans and replaced them with his cronies in acting capacity.

The VC was also accused of employing some faculty members, who were above 70 years of age which the union said it was against the ASUU/Federal Government agreement.

However, efforts to reach Fayose were not successful as he did not pick calls to his telephone by  our correspondent on Tuesday .