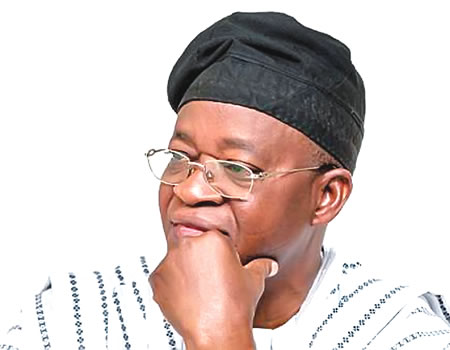 The Osun State government on Friday said it had discovered 769 workers in the state’s civil service who were working with fake and forged school certificates.

Mr Adelani Baderinwa, who is supervising the Information and Strategy ministry, said in a statement that the discovery was made after five years of screening carried out by a consultancy firm employed by the state government.

“A consultancy firm, The Captain Consultants, engaged five years ago by the state government to verify the results and other necessary documents of the workers in the state has completed its assignment and submitted its report.

Don’t give up, better days ahead for Nigeria ― Fayose

“The screening of the workers’ credentials came on the heels of controversies and reported forgery of results with which some of the workers allegedly used to secure job in the Osun civil service.

“At the commencement of the screening exercise in 2015, all the civil servants in the state were asked to submit their credentials in their personal files from which the Captain Consultants firm got access to their results and began the verification exercise.

“Some of the workers who were suspected to have forged/fake results were summoned by the firm and asked to present original results or go to their various schools for either attestation or re-confirmation.

“The firm, on its own, approached the schools for ‘confirmation of results’ of the affected workers for which they were obliged.

“The verification process uncovered serious certificate infraction on the part of some of the workers across Ministries, Departments and Agencies of the government.

“In some cases, as discovered in the verification process, some of the affected workers used another person’s result, while some forged their secondary and post secondary schools results to secure job in the civil service.

“In the case of some people employed as drivers in the service, it was discovered that they forged the O’Level results they submitted for their appointment.

“However, the firm in its report recommended that some of the civil servants caught in the certificate infraction be pardoned, while some should not be pardoned.

“Recommended for pardon are 102 drivers and 30 other workers who are to be pardoned on compassionate ground. A total of 586 workers are not pardoned, while the case of some 51 workers are still pending.

“While the exercise was on, some of the workers who were cleared and pardoned were receiving their salary while those that are yet to be pardoned have their salary suspended.

“Affected workers should check their names in the aforementioned places,” he said.