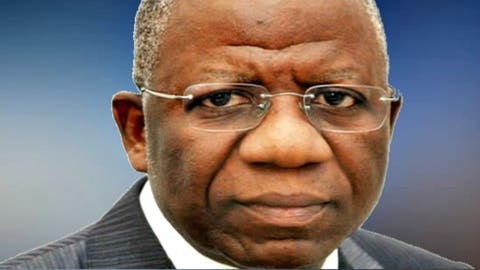 Nine years after the trial of former Head of Service, Mr Stephen Oronsaye began, a Federal High Court yesterday threatened to close the prosecutor’s case for want of diligent prosecution.

The trial judge, Justice Inyang Ekwo, said he will close the prosecution’s case should the prosecution fail to bring witnesses at the next adjourned date.

Justice Ekwo stated this during the proceedings after the prosecutor, Mr .A Atolagbe failed to call a witness on Tuesday and called only one witness yesterday.

He held, “At the next adjourn date if the prosecution is unable to proceed with this case, I will make an order foreclosing their case.”

While justifying his inability to bring witnesses, Atolagbe attributed it to the ongoing ENDSARS protests across the country.

He added that it was only by stroke of luck that, a witness, Mr. Nurudeen Suleiman, who testified yesterday, was able to fly to Abuja from Kano to give evidence.

But while being led in evidence by Atolagbe earlier, Suleiman, an operative with the Economic and Financial Crimes Commission (EFCC) told the court that he was part of the team that undertook biometric verification at the office of the Head of Service.

His team, according to Suleiman, had in the course of the biometric verification carried out an investigation on some fictitious contracts.

He told the court that his team discovered that some contractors were paid for contracts that did not exist.

The witness further told the court that he was paid allowances for his assignment directly into his account by the office of the Head of Service.

While expressing concerns at the slow pace at which the prosecution was handling the matter, counsel to Oronsaye, Mr. Ade Okeoya-Inneh (SAN) decried a situation where criminal matters were not done in installments.

He lamented that the case started in 2011 with investigations.

“We were served this morning with additional proof of evidence, this is preposterous. This is 2020 for a case that started in 2011.”

The former Head of Service is being tried alongside others on charges bordering on inflation of biometrics enrollment contracts, collective allowances and other schemes to siphon money from accounts in which pensioners funds were kept.

Meanwhile, the matter has been adjourned till November 30 and December 1, 2 respectively.