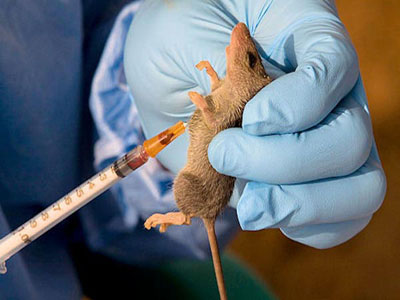 Commissioner for Information John Okiyi, in a statement in Umuahia yesterday, said the government and the hospital management had swung into action to check the spread of the disease.

“Abia Government is aware of the reported outbreak of Lassa Fever at FMC, Umuahia.

“The state Ministry of Health is working with the authorities of FMC to ensure full containment of the disease,’’ he said.

The commissioner added that prophylactic treatment of others, who may have come in contact with the victims had commenced in earnest.

“We have fully deployed all our emergency medical response systems to instantly ensure full containment and management of the outbreak,’’ Okiyi said.

He charged all those who had contact with the child, suspected to be the index case, and the medical practitioner, who lost her life, to report immediately to the hospital for further review.

The commissioner assured the people that drug for treatment of the scourge was in adequate supply in the state.

According to him, there is no cause for panic as the disease can be successfully treated, especially if diagnosed early.

However, the authorities of the hospital have reacted to the government, saying that it was too early to conclude that the deceased contracted the disease in the hospital.

Abali said that although the deceased tested positive did not mean that she contracted the disease until the hospital was through with the investigation.

“We cannot say she got it at FMC or in any private clinic. If a patient is brought to FMC from the village with haemorrhage, you cannot conclude that it is Lassa Fever.

“You know malaria and other diseases can cause similar symptoms,’’ he said.

Abali confirmed that a team of investigators from the National Disease Control had arrived at the hospital to carry out thorough investigation on the matter.

The CMD called for restraint until the end of the investigations, saying that the findings of the team would be made public.

He gave assurance that the hospital was fully equipped to handle any ailment, including Lassa fever, but insisted that proper diagnosis had to be carried out first to be sure.

News Agency of Nigeria (NAN) learnt that the deceased, whose identity was yet to be ascertained at the time of filing the report, contracted the disease after handling a child in the hospital suspected to be suffering from the disease.

The doctor reportedly died on Sunday at Irua Specialist Hospital in Edo.