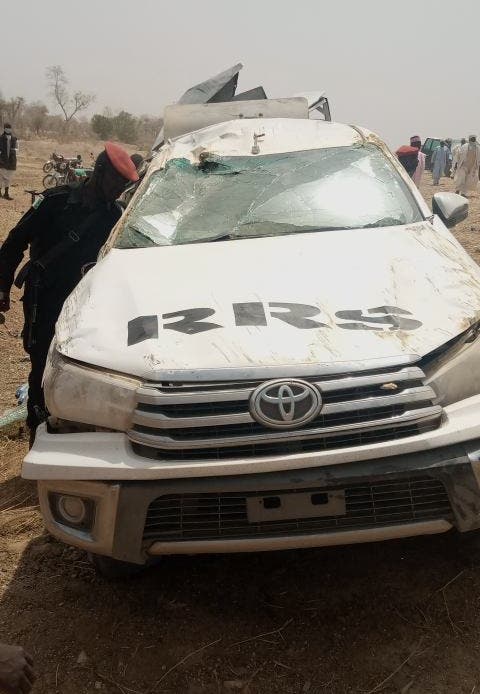 There was tension on Monday as a vehicle conveying ten members of the Rapid Response Squad (RRS) in the convoy of the Bauchi state governor, Bala Mohammed was involved in a road accident.

Vanguard reports that in the accident which was witnessed by our reporter, the Hilux Toyota van somersaulted twice after losing control for lack of good visibility which was caused as a result of dust on the road which is currently under construction.

Although the somersaulted vehicle was rescued by the combined effort of people in the convoy, one of the ten policemen involved in the accident was said to be unconscious and have been rushed to a nearby hospital in Bununu, the headquarters of Tafawa Balewa local government area, for medical treatment.

Governor Mohammed was on an inspection tour of projects awarded by his administration across the state and was at the Tafawa Balewa local government axis when the incident occurred.

No loss of life has been confirmed as of the time of filing this report.