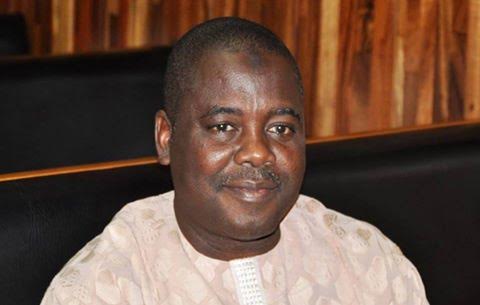 The EFCC today arraigned Air Vice Marshal Alkali Mohammed Mamu, a former Air Officer Training Command and a member of the Committee for Procurement, Ministry of Defence, before Justice Salisu Garba of the FCT High Court sitting in Maitama, Abuja on a 3-count charge of bribery.

Mamu, allegedly collected a cash gift in the sum of N5.9million (five million, nine hundred thousand naira) for the purchase of a Range Rover Evoque, $300,000 (three hundred thousand US dollars) and two vehicles (Ford Expedition SUV and Jaguar XF Saloon) valued at N15million and N12million respectively from Societe D’ Equipments Internationaux Nigeria Limited, a contractor with the Nigerian Air Force. The offence is contrary to Section 17 (a) of the Independent Corrupt Practices and other Related Offences Act, 2000 and punishable under Section 17(c) of the same Act.

Justice Garba, after listening to both counsel adjourned to July 1, 2016 for ruling on the bail application and commencement of trial. The defendant is to be remanded in prison custody