Skip to content
You are here
Consumers of power in Edo State have expressed their disappointments with the electricity distribution companies in the south-south regions. 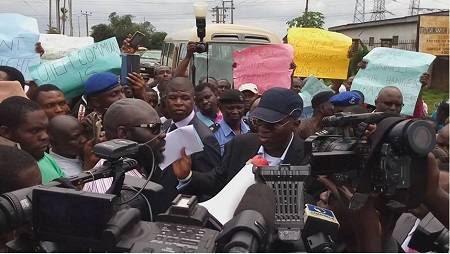 Protesting mob displaying their placards around the minister in Edo

Angry residents of Benin, Edo state met with the Minister of Power, Works and Housing, Mr Babatunde Fashola who paid a working visit to the state yesterday as the group of protesters expressed their disappointment on the manner Nigerians were being treated by operators and distributors in the power sector.

The minister was also pictured during the inspection of the Azura-Edo IPP, a 450MW open cycle gas turbine power station and the first phase of a 2,000MW power plant facility near Benin City, in Edo State.

The former Lagos state governor has assured Nigerians of calculated efforts by the government to revamp the ailing power sector. 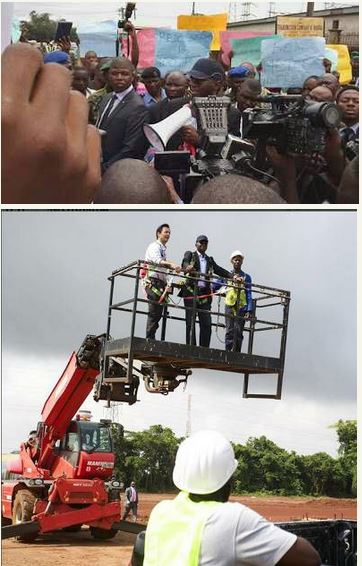