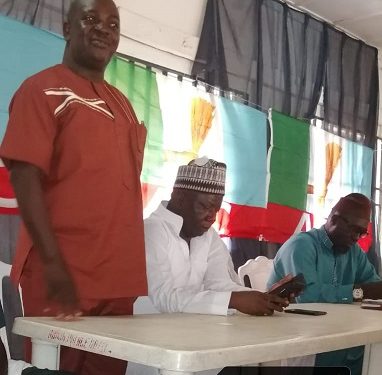 In a stakeholders meeting by the Haddy Ametuo-led All Progressives Congress (APC) Kogi State executive, held in Lokoja, on Monday, the faction resolved to allow the National Working Committee (NWC) wade in and determine the mode of election to be adopted for the August governorship primary.

This was contained in the communiqué issued at the end of its meeting, through the factional secretary, Ade Ismail.

The communique reads: “We will like to announce to the public that the APC has not made an official decision on whether to adopt the direct or indirect primary election for the forthcoming gubernatorial election.

“We are the authentic state executive council, having held congresses across wards in all local governments and instituted executive committees in the same places; so it is illegal for any other faction to make decisions for the APC in Kogi State, regarding the mode of election to be adopted in the August primaries, without our knowledge, and most importantly, when the APC National Working Committee has not made their decision known on the matter.

“Only the National Working Committee of the APC has the authority to determine the mode of primary election to be adopted in Kogi State. We are disciplined and always open to progressive and harmonised ways of doing things.

“We await the decision of the APC National Working Committee and other party leaders regarding the method of election to be adopted for the primaries. We are confident they will use their good leadership and experience to make the best decision for Kogi State – a decision that will be in line with the party constitution.

“The state governor has invited us for a parley and we will honor the invitation. We have always made ourselves available for any reconciliatory meetings and discussions, because our prior interest is for the success and progress of our great party.

“We will also like to strongly advise the national leadership of our great party to be wary of the mistakes of Zamfara and Imo states, and help sanitize the party in Kogi State, so that we can avoid pitfalls ahead. Let fairness, justice and adherence to party principles guide their decisions.”

Supporters of Governor Yahaya Bello, who is seeking a second term in office and some others, have however adopted the direct primaries, while those opposed to his reelection, including members of the APC Justice Forum, have called on the national leadership of the party to allow for direct primary, in deciding who picked the Kogi APC governorship ticket.

The governor on his part has said he was ready for any form of primary.

He asserted that he is sure victory, irrespective of the method adopted.

The state recognized Kogi APC had on Saturday said that it has adopted indirect primaries for the conduct of the governorship primary.