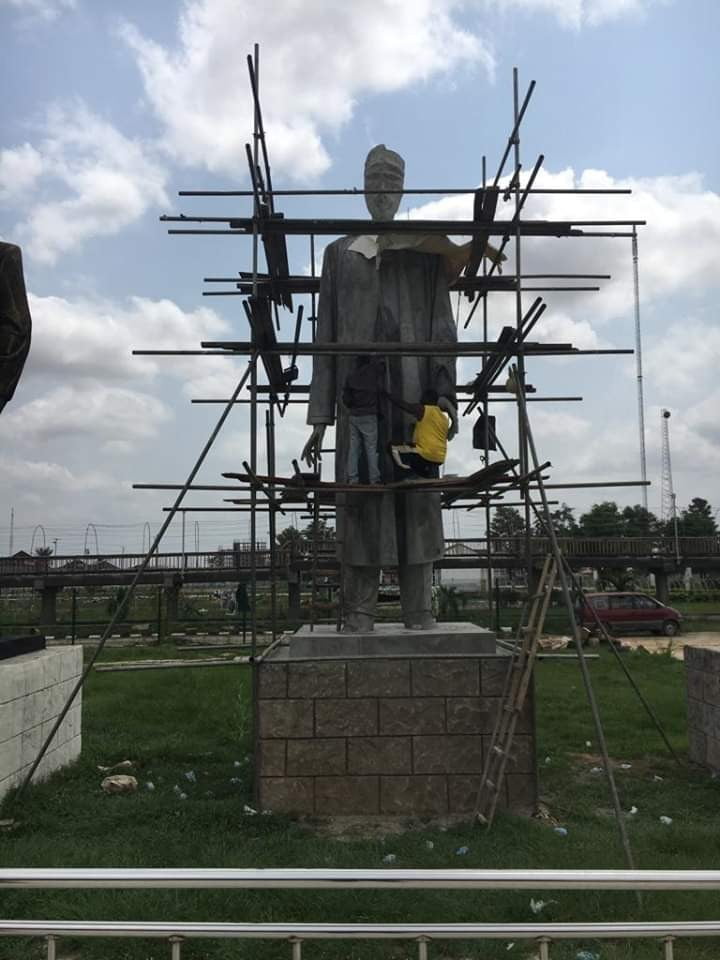 Sharing the photos on its Facebook page, the British medium wondered if the governor was never tired of erecting statues.

The caption given the images simply translates, “It’s like Okorocha is not tired of erecting statues, who is he erecting for Imo people again?” 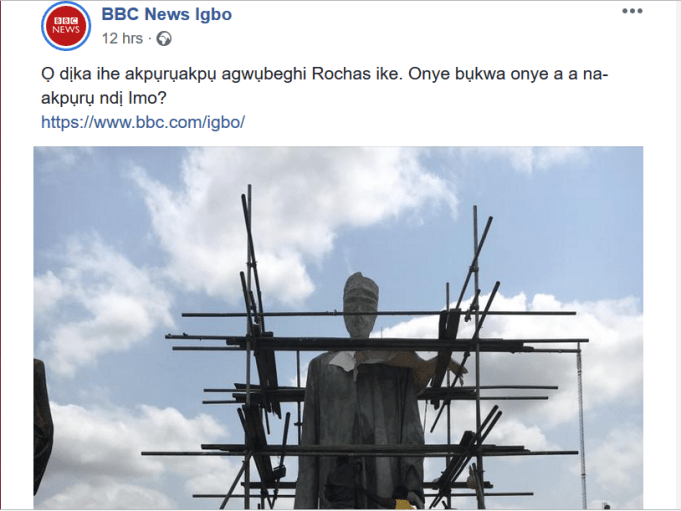 Rochas Okorocha was not issued a Certificate of Return by the Independent National Electoral Commission, INEC, yesterday, after he was adjudged to have forced the Returning Officer for Imo West Senatorial District to declare him winner of the Feb. 23 senatorial election.

Son-in-law to the governor, Uche Nwosu, also lost his governorship bid to the candidate of the Peoples Democratic Party, PDP, Hon. Emeka Ihiedioha.