The move by the Lagos State Government on Monday to arraign alleged kidnap kingpin, Chukwudumene Onwuamadike, aka Evans, on fresh charges bordering on murder and illegal firearms possession was frustrated as the accused challenged the competence of the charges.

His lawyer, Mr. Olukoya Ogungbeje, contended that his client could not be arraigned until his application challenging the charges and the court’s jurisdiction had been determined. 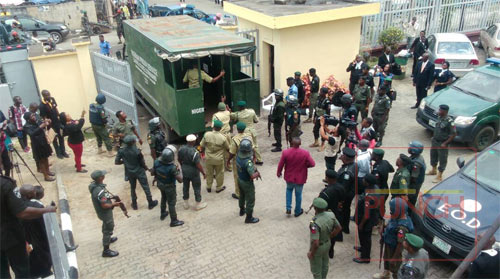 He said since the prosecuting team for the state just served him with a reply to the application on Monday morning in court, he would need an adjournment to reply.