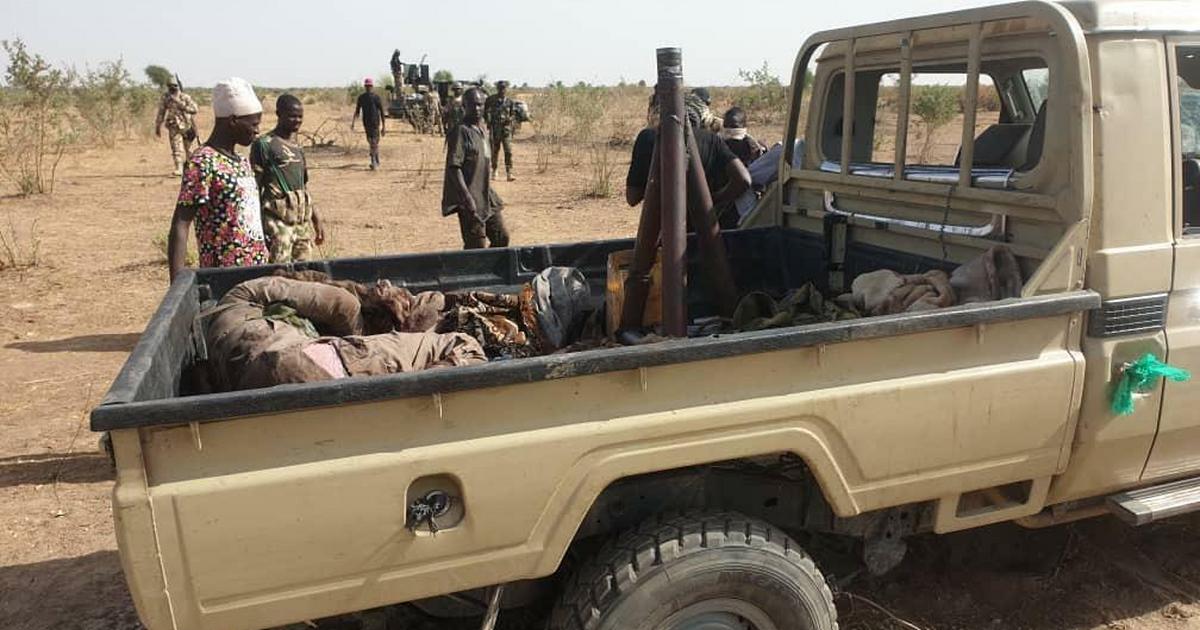 Reuters reports that the attack occurred in the village of Faduma Koloram, in Gubio local government area of Borno state.

The terrorists reportedly arrived in vehicles and on motorbikes, shooting sporadically with AK-47s, razing the village and stealing 1,200 cattle and camels.

A Civilian Joint Task Force (CJTF) member and a soldier confirmed the incident.

Boko Haram had unleashed mayhem on the community following suspicion that residents were sharing information about the sect’s movements with security authorities.

“It’s an unfortunate day for us to witness this,” said CJTF fighter Kachallah Bumu.

Bumu also disclosed that even though residents were always armed, and had repelled previous attacks, this one caught them off guard.

“They took us unaware and killed our people,” he said.

Boko Haram and its splinter Islamic State West Africa Province (ISWAP) has killed more than 50,000 people and displaced millions in the nation’s northeast region, since it commenced an insurgency against the Nigerian state in 2009.

Army chief Tukur Buratai recently told President Buhari that 1,429 Boko Haram terrorists have been killed by his men in the last couple of months.