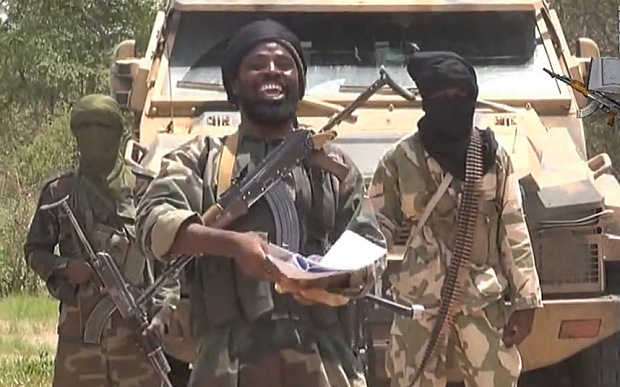 Mohammed Chambers, the Special Representative of the UN Secretary-General to West Africa and the Sahel, has called on the Security Council to strengthen support for the fight against Boko Haram and other groups standing as security threat in the sub-region.
Chambas, who is also Head of the UN Office for West Africa, in his report to the Council, urged the UN to further support national and regional efforts to combat the “serious threat”.
He warned that the efforts of the region’s States towards broader development, increased investment, improved infrastructure and job creation were being undermined by factors of insecurity “both traditional and new”.
He noted the formation of national and regional security forces like the Multinational Joint Task Force and the G5 Sahel Joint Force against violent extremism and terrorism.
On the situation in the Lake Chad Basin, Chambas noted the remarkable efforts of the MNJTF against Boko Haram, in spite of the recent attacks by the group.
The UN envoy, however, expressed concerns on the mode and sophistication of recent attacks by Boko Haram, suggesting that the terrorist group has benefited from reinforcements.
He regretted that “persistent Boko Haram attacks in the Lake Chad Basin area are causing huge sufferings to the population.
“The commendable efforts of the Multinational Joint Task Force, which have substantially degraded Boko Haram’s capabilities, shrank its geographical reach and freed thousands of captives.
“However, recent attacks in Maiduguri and in the Diffa region demonstrate that Boko Haram continues to pose a serious threat in the area.
“The mode and sophistication of these attacks have raised suspicion that Boko Haram might have acquired reinforcement.
“This situation continues to have devastating humanitarian consequences. Up to 5.2 million women, men, innocent boys and girls, many of whom have been displaced across the Lake had Basin are struggling for their very subsistence.”
Chambas called for the urgent provision basic services and viable livelihood opportunities for communities in the affected areas to avoid the risks derailing recent successes against Boko Haram.
According to him, the Lake Chad Basin Commission Regeneration Plan offers a useful framework of cooperation to tackle the root causes of the worsening security environment.
He noted that West Africa and the Sahel had recently witnessed positive progress in democratic consolidation, however, the security situation remained of great concern.
Chambers said: “Traditional and new drivers of conflicts and insecurity are hampering the capacity of countries to improve life conditions and strengthen human security.
“Clashes between farmers and herders are another threat. If not contained, they have the potential to undermine peace and security in the region.
“The threat of terrorists and violent extremist groups should not divert our attention from other pressing security threats such as inter-communal tensions witnessed in several countries.
“Clashes between farmers and herders across the region threaten to undermine peace, social cohesion and food security.
“The UN continues to advocate for a regional solution while at the same time continues to support the countries in the region to strengthen their national peace architectures.”
NAN.