The Lagos State Police Command has begun a manhunt for singer Azeez Fashola aka Naira Marley; and Abdulrasheed Bello aka JJC Skillz who is also the husband of an actress, Funke Akindele.

The statement read in part, “Attention of Lagos State Police Command was drawn to a viral video showing a large number of persons mainly in the entertainment industry in an Estate, along Ajah, Ibeju-Lekki axis, Lagos celebrating a birthday party organised by Funke Akindele Bello and her husband.

“Police detectives from the State CID Yaba were promptly drafted to the location. Funke Akindele was arrested. Investigation is ongoing, efforts are intensified to arrest the remaining persons in the video, among whom are Azeez Fashola a.k.a Naira Marley and Abdul Rasheed Bello a.k.a. JJC Skillz.

“They are in their best interests urged to report at the State CID Yaba on Monday, April 6, 2020 or risk being declared wanted.”

The PUNCH learnt that policemen arrived in Amen Estate off Lekki-Epe Expressway in about three patrol vehicles.

Akindele, popularly known as Jenifa, held a party in honour of her husband on Saturday.

The actress, who is considered as an ambassador for the Nigerian Centre for Disease Control and Dettol, has appeared in adverts calling on Nigerians to observe social distancing and hygiene.

She later apologised over the incident, saying most of those who attended the party were colleagues who were living temporarily within the estate and could not return to their home states because of the lockdown caused by the Covid-19 pandemic.

The Lagos Infection Diseases Regulations 2020 (the Regulations) prescribes a jail term of one month or N100,000 fine or both for persons found guilty of hosting gatherings or flouting the lockdown order. 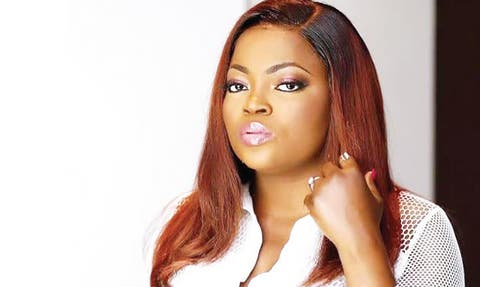 “Where the arrested person is found guilty, the person is liable to a fine of one Hundred Thousand Nara fine (N100,000.00) or one (1) month imprisonment or three (3) months Community service.”