They formed a formidable group that proved useful in the hands of the opposition during the elections, no thanks to the way the Jonathan administration handled the kidnap of the over two hundred girls from their school in Chibok.

For more than two years, the Bring Back Our girls (BBOG) movement has steadied itself in the vanguard of the campaign for the rescue of the Chibok schoolgirls.

It has remained daring in its demand, just as it was in the dimming months of the Goodluck Jonathan administration.

Even, the parturition of a new administration – the President Muhammadu Buhari government – did not reduce the resolve of the group to continue demanding the immediate rescue of 218 Chibok schoolgirls in Boko Haram’s captivity.

WHEN THE GOING WAS GOOD 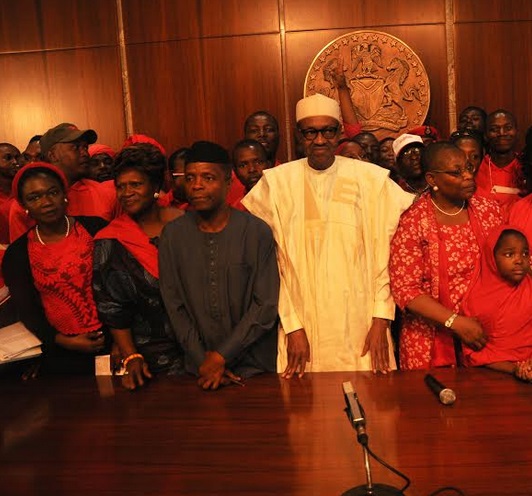 Buhari Osinbajo in a group photo with BBOG campaigners

In the early days of his administration, Buhari was friendly with the BBOG group, perhaps because he saw them as allies who shared his political umbilical cords.

In July 2015, Buhari excitedly received the group at the presidential villa. It was a “princely” occasion. The presence of Yemi Osinbajo, vice-president, and the destooled service chiefs betokened the august nature of the meeting.

Next time the president met the group, he even provided seven buses to convey the protesters to the villa. Yes, he cared about them at the time. Here, the president promised to do all he could to rescue the girls.  However, he did not spare any chance to give the Jonathan government an uppercut of blame for their abduction.

Oby Ezekwesili, former minister of education; Hadiza Bala Usman, managing director of the Nigeria Ports Authority, and Aisha Yesufu, who led the group, were glad that the president gave them a winsome reception – a right Jonathan had denied them – but they vowed not to be taken in and collapse their campaign.

They continued their advocacy. 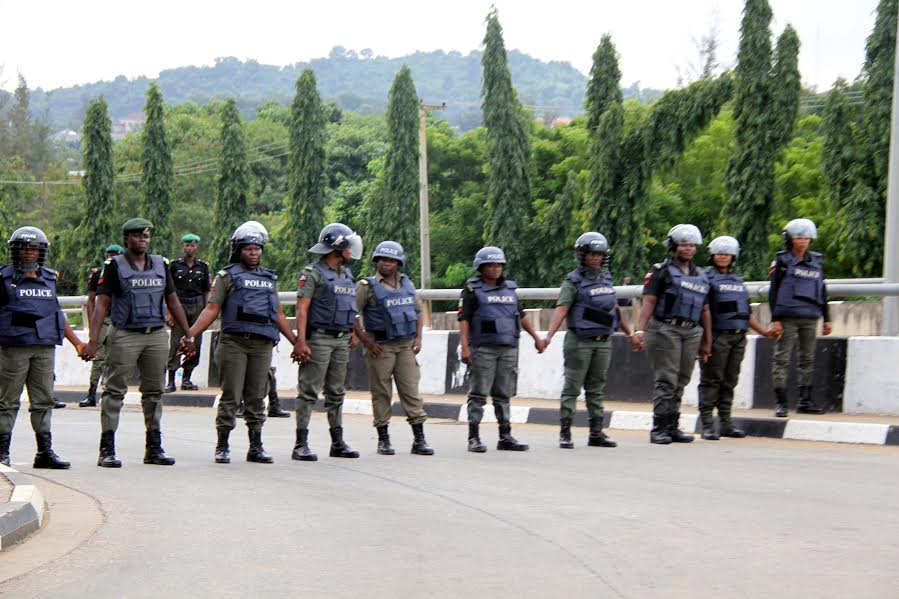 Policemen form a wall to deny BBOG access to the villa

On January 14, the BBOG group, in a “relentless trudge”, went to the villa again. This time, their presence did not titillate the president, but he rustled up buses to fetch members of the group.

Although, journalists were marched out of the meeting, a member of the group told TheCable that the president was “visibly angry” to be held in a congress with the movement again.

Here, the president told the group and the 136 parents of the abducted schoolgirls that he did not have information on the whereabouts of the missing girls.

Yesufu later relayed what happened at the meeting to TheCable.

“The president said he had no credible intelligence on the missing Chibok girls. He said he is somebody who does not lie. And he will not start by lying,” she said.

“We are not saying the president should lie, but when you are saying there is no credible intelligence, and that the girls are scattered and married off; then how do we know? These are two things.

“I would like the president to know that there is no vacuum in government. That it happened during the last administration is not an excuse. It is duty of the Nigerian government to ensure that the Chibok girls are rescued. It is their right and not a privilege. And where we have failed there is a need for us to apologise.

“As for me, I was terribly sad and shocked because the president did not look at the parents to say ‘we are sorry as a nation for your children who have been abducted for 21 months’.

“The president finished his speech; he dropped the microphone and walked out. And I thought that could have been a moment for him to connect with the parents. 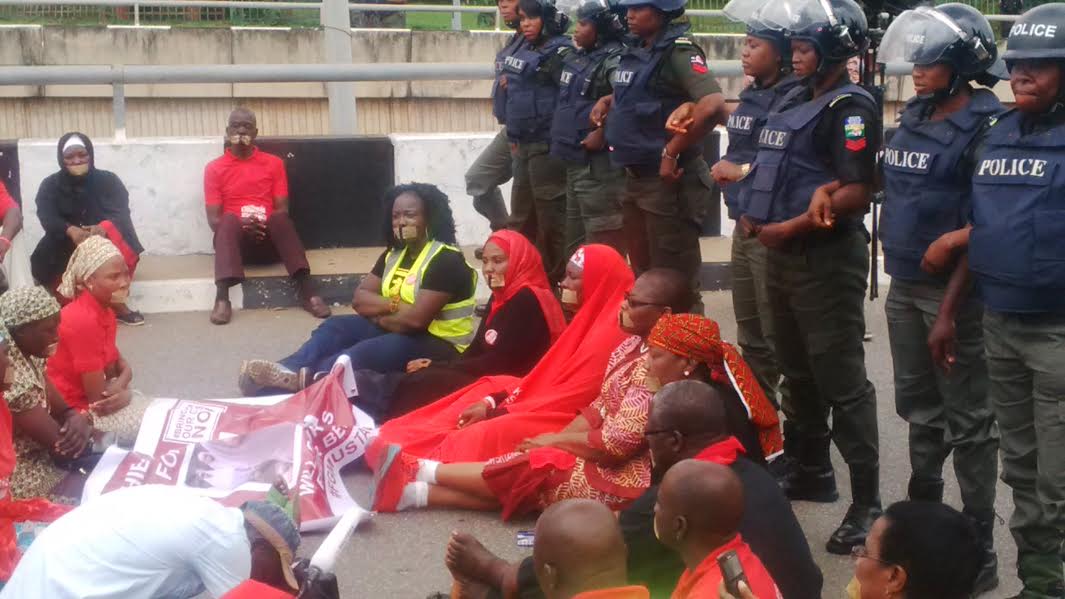 BBOG now having the police for company during protests

Afterwards, the relationship between the president and the BBOG group took a nosedive.

On August 22, the movement throttled on a deft protest to re-state their demand. But Buhari, this time, “stonewalled” them with a phalanx of riot police officers stationed at the gateway to the presidential villa.

The group has steadied its protests, but the government’s “show of force” is becoming more evident.

On Tuesday, the police tried to suppress the protest, but they failed. The BBOG, meanwhile, says it will not sheathe its sword until the Chibok schoolgirls are rescued.

The BBOG and the president began their relationship on a fairly romantic note. But as it stands, that love will not be rekindled anytime soon.