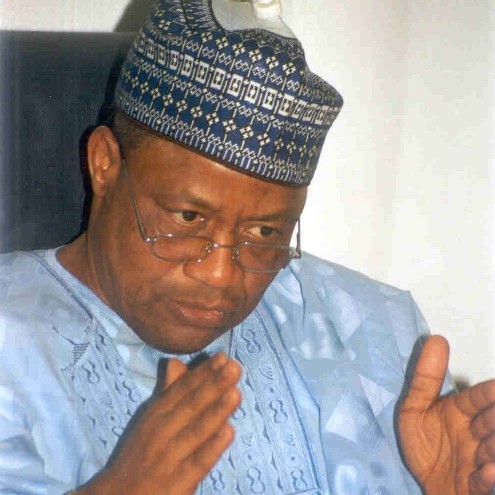 President Muhammadu Buhari, at the weekend, alleged that he was removed from office 31 years ago because he was planning to purge the military hierarchy of corruption.
Buhari who spoke in an exclusive chat with The Interview magazine said there was no truth in the claim by former Military President Ibrahim Badamosi Babangida that his removal had nothing to the with the planned purge.
Babangida had, in an interview with the same magazine, last December denied the claim by Buhari on the 1985 putsch which ousted him.

Mr. Buhari, who has not spared the military even in his ongoing anti-corruption war, said senior military leaders, led by former military president, General Ibrahim Babangida and General Aliyu Gusau, removed him in August 1985, to save themselves from his wrath.In an exclusive interview published in the current edition of The Interview magazine, Mr. Buhari challenged Messrs Babangida and Gusau to tell the truth on why they carried out the coup against him.

“I learnt,” he said, “that Aliyu Gusau, who was in charge of intelligence, took import licence from the ministry of commerce which was in charge of supplies and gave it to Alhaji Mai Deribe.

“It was worth N100,000, a lot of money at that time. I confronted them and took the case to the Army council in a memo…I wanted Gusau punished.”

In a statement on www.theinterview.com.ng, the Managing Director/Editor-in-chief of The Interview, Azu Ishiekwene, said, “This is one edition that won’t let sleeping dogs lie.”

Mr. Babangida had told The Interview in its December edition that there was nothing in the memo which Mr. Buhari said he submitted to the Army council.

“Don’t forget that I was one of Buhari’s closest aides. I was the chief of army staff. So, I had an important position, an important role to play within that administration. I don’t think it had to do with a memo,” Mr. Babangida said.

But in a tone which revealed that the past may neither have been forgotten nor forgiven, Mr. Buhari challenged Messrs Babangida and Gusau to come clean on why they removed him, asking The Interview to choose whose story to believe.

He also fielded questions about his health, the 2016 budget, the pace of his government, former President Goodluck Jonathan and why Babatunde Fashola was handed three ministerial portfolios.