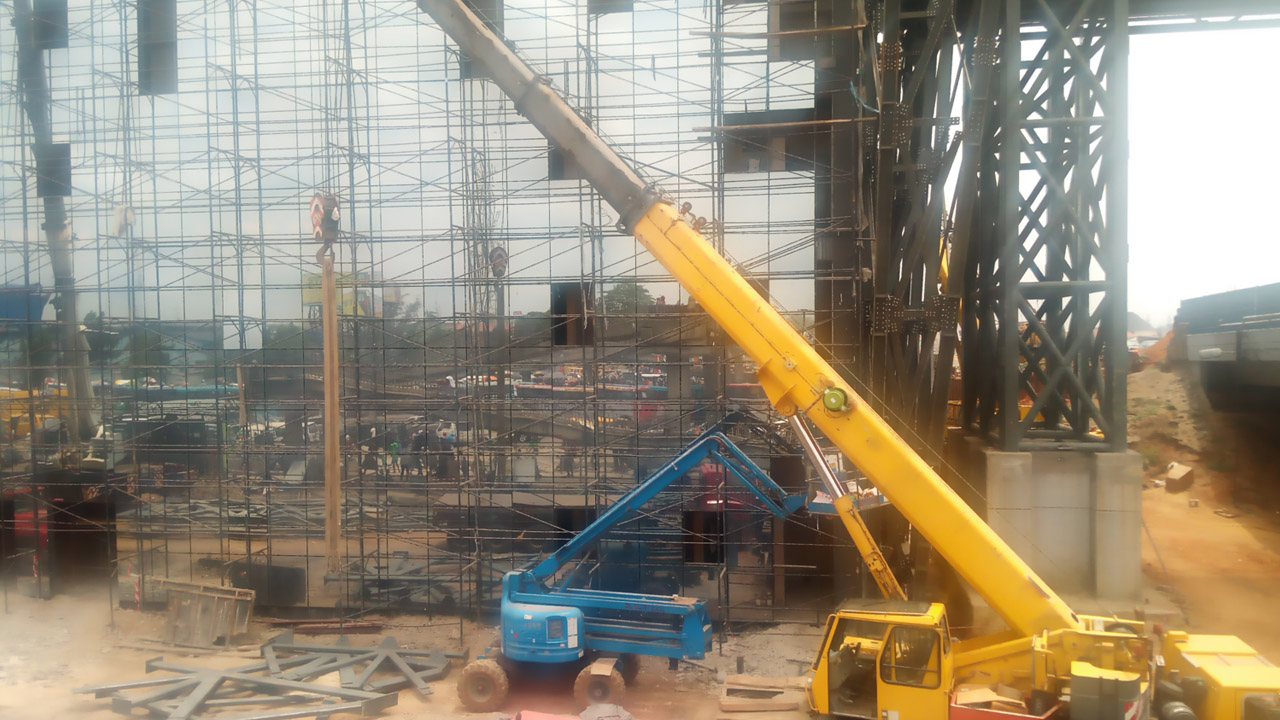 Construction ongoing at a section of Oshodi Transport Interchange on Tuesday, April 23, 2019. The interchange is scheduled for commissioning on Wednesday by the state government. PHOTO: DENNIS EREZI.

Nigeria President Muhammadu Buhari will on Wednesday commission projects of the Lagos State Government, some of which are yet to be completed.

“Preparations are in top gear as the Lagos State Government will host President Muhammadu Buhari on an official visit to Lagos on Wednesday, 24th April 2019,” the state government said in a statement.

However, an investigation by The Guardian shows that two of the projects to be inaugurated by President Buhari during the working visit are yet to be completed contrary to the Lagos State Government’s announcement.

First, the 10-lane Oshodi- Muritala Muhammed International Airport is not close to completion and far from being ready for public use.

Lagos State Government in September 2017 began the reconstruction of the road, with a pledge to complete the project within the next fifteen month. 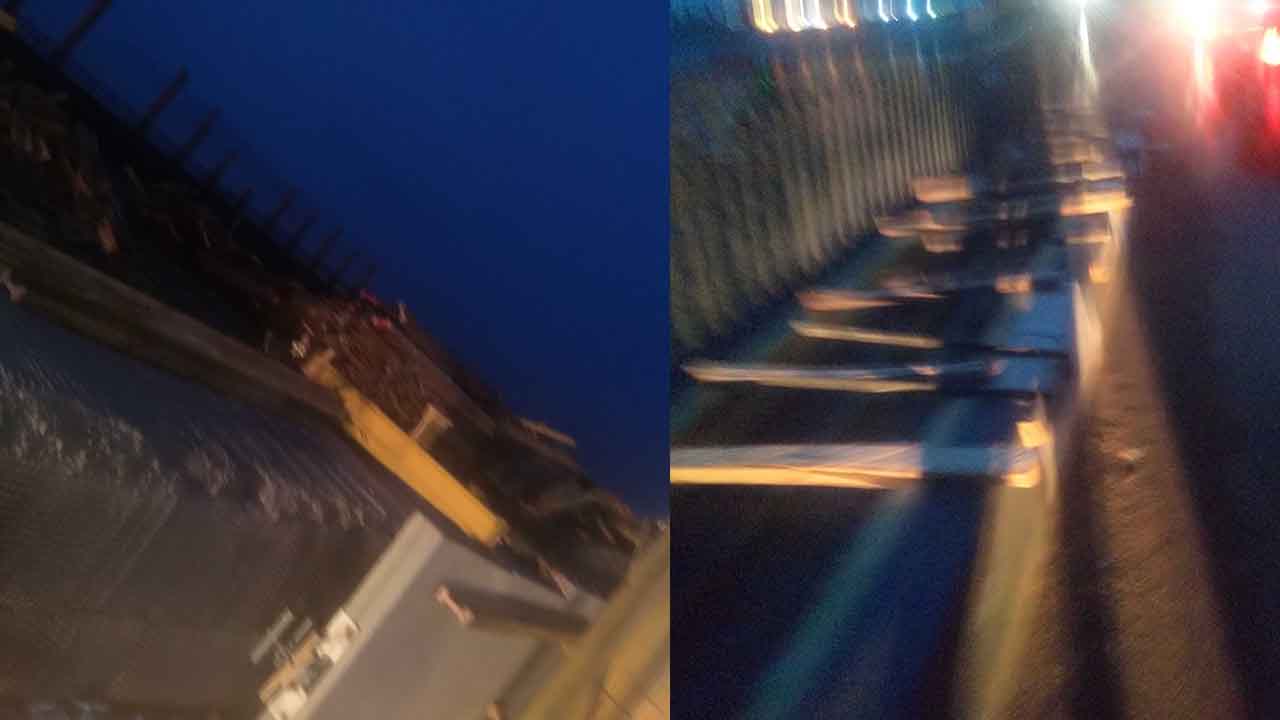 Only the section of the 10-lane Oshodi- Muritala Muhammed International Airport (MMIA) Road that stretches from Ajao Estate flyover to NAHCO Junction has been completed.

While the new ramp bridge at the Ajao Estate end of the road that connects Airport Road has been tarred, the construction of a flyover bridge at NAHCO/Toll Gate and drainage systems are still far from completion.

As at 8 pm on Tuesday, construction workers were seen trying to finish up the road under the flyover.  Moreover, none of the pedestrian bridges promised by the state government to be built on that road has been completed. 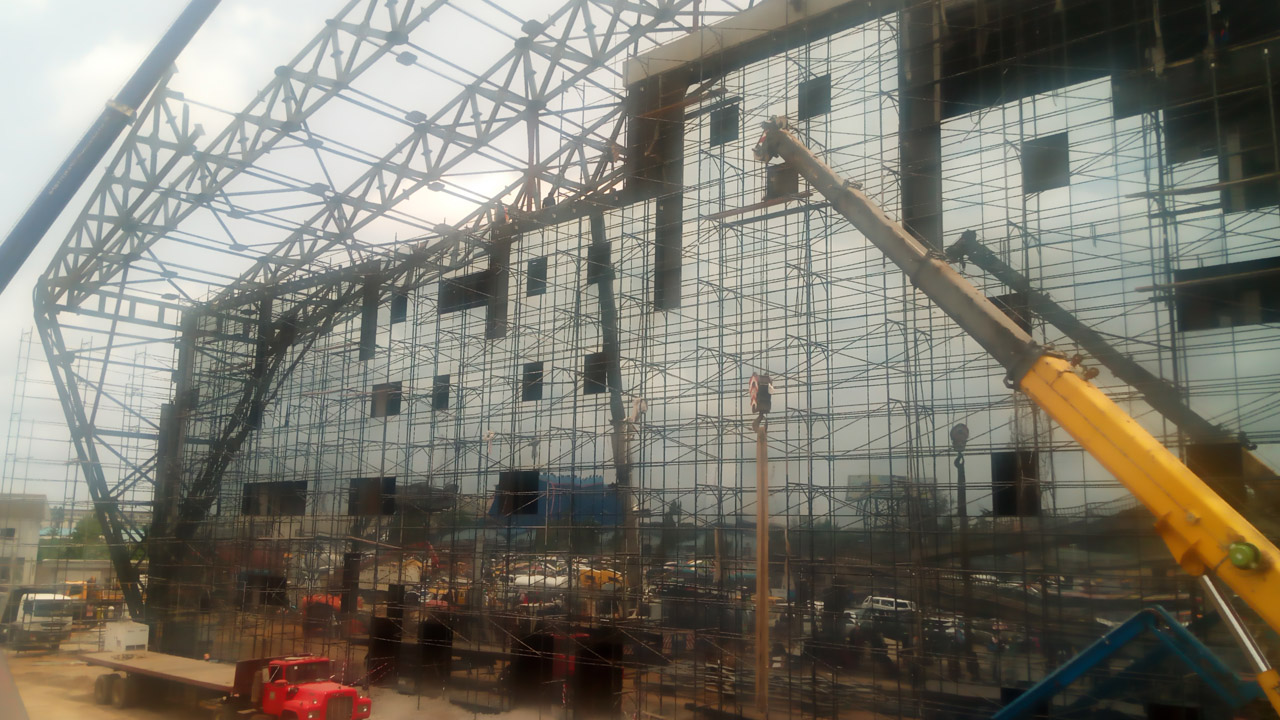 Construction is ongoing at another section of Oshodi Transport Interchange on Tuesday, April 23, 2019. The interchange is scheduled for commissioning on Wednesday by the state government. PHOTO: DENNIS EREZI.

When The Guardian visited Oshodi shortly after the Lagos State Government announced the plan to commission the projects, workers were seen on the site.

Also, the multi-level Oshodi Transport Interchange along the Apapa-Oshodi Expressway has not been completed as announced by the Lagos State Government.

The government began the interchange worth about $70 million in May 2016.

While the project is uncompleted, the government, however, completed the front view of one of the three interchange structures in Oshodi ostensibly to get it ready for the commissioning on Wednesday.

The last time President Muhammadu Buhari was in Lagos for an official visit was in March 2019.

Buhari, then, commissioned a bus park in Ikeja. That park has never been put to use.

The Guardian learnt that it was undergoing reconstruction.