A tycoon who died mysteriously in a swimming pool while vacationing in Watamu with his family was drowned by his wife and her American lover, according to a security guard’s confession to the police.

In an implicating revelation, the High Court in Mombasa heard that Jimmy Jagatram Baburam was drowned by his wife Amina Shiraz Yacoub and her American Lover Jacob Schmalze at Medina Palms Villas on the night of June 26 2015.

According to the testimony tendered by Investigating Officer Jacob Ngao, a security guard Emmanuel Wafula who was guarding the villa that night saw Amina and Jacob drown Jimmy as he tried to fight for his life at around 4 AM. 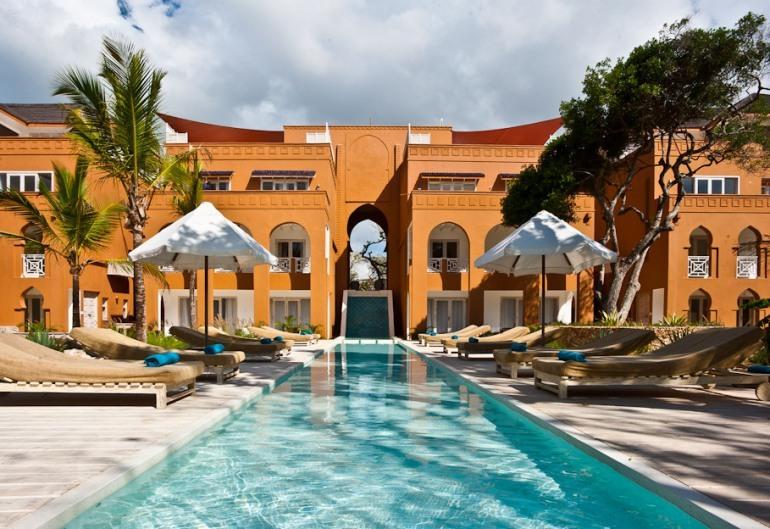 Ngao said that after conducting investigations and recording statements he concluded that Jimmy’s death was not accidental despite the postmortem showing that he drowned.

“The deceased death though as a result of drowning as per the postmortem wasn’t accidental but out of foul play which up to now is deep inside the heart of some individuals whose participation is indicated in the communication between them,” said Ngao.

According to Jimmy’s father, David Baburam, a former KDF officer currently serving as a senior top security consultant with the African Union in Addis Ababa, Jimmy was murdered by his wife with the help of her American lover Schmalze.

Motive of the Murder 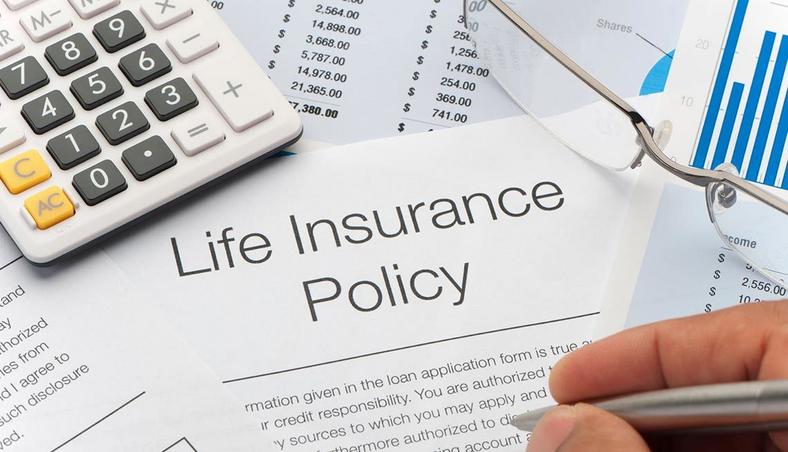 Ngao said that upon Baburam’s untimely death Amina and his brothers and father proceeded to claim sh. 50 million insurance policy days after he died.

Jimmy had left behind Sh50 million life insurance policy benefit, businesses in Dubai and Nairobi and a vast estate worth over Sh500 million which has led to court cases between Jimmy’s family and Shiraz over the administration of the vast estate and monies. 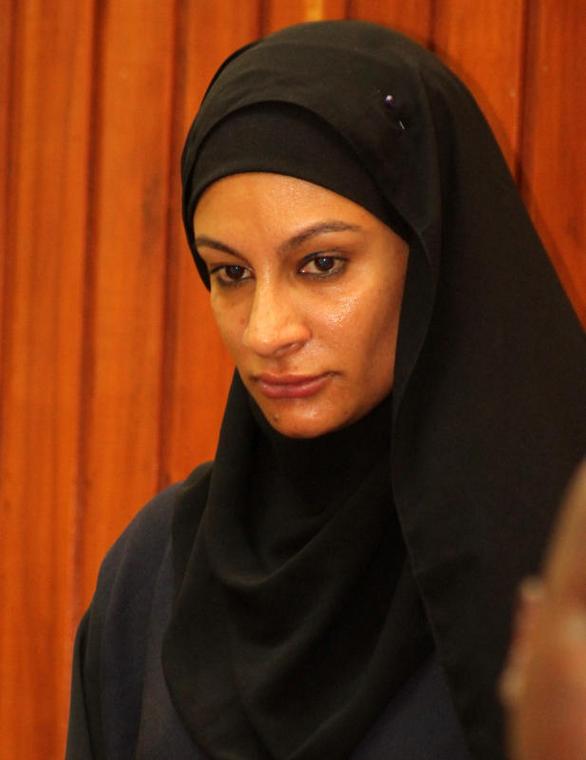 Amina Shiraz in court where she is charged of conspiring with her American Lover to murder his husband Jimmy Jagatram Baburam.

Wafula told Ngao that before he could raise an alarm Amina and Jacob stopped immediately upon realizing he had been watching the whole incident through a hole in the villa’s fence.

“Emmanuel Wafula disclosed to me he had been deployed that night to guard the villa where Jimmy and his wife were sleeping and when the hotel manager and the cook left, Jimmy, Jacob and Shiraz were drinking when he had a loud noise and went to check and saw Jacob and Shiraz through a whole at the fence drowning Jimmy into the pool as he tried to resist,” said Ngao.

Ngao told Lady Justice Dorah Chepkwony that Shiraz invited Jacob at villa and that night and they proceeded to have a party together until 4 AM when the security guard heard noise and saw Jimmy struggling in the swimming pool while being drowned by the Amina and Jacob. 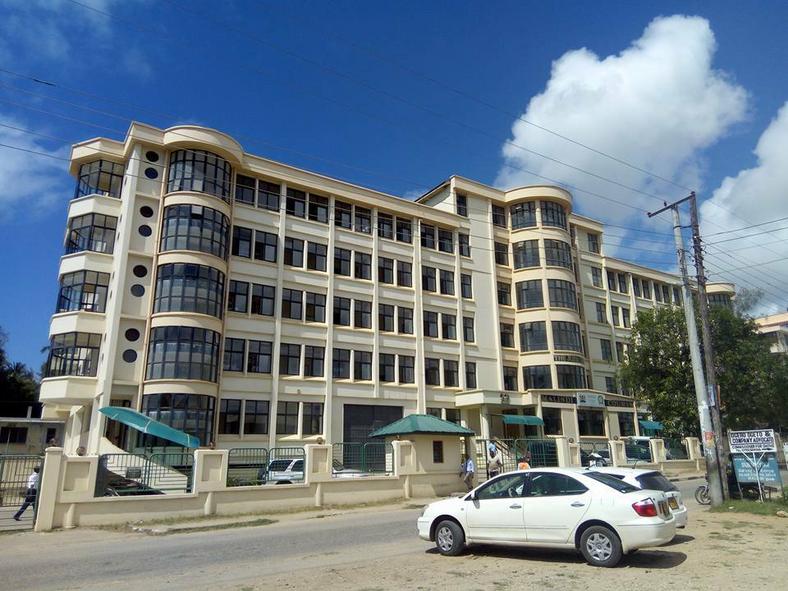 He said that Wafula and the Villa’s manager Ashraf Kassim who had been bonded in an inquest matter in Malindi court approached and told him they wanted to clear the air over what really happened at the swimming pool that night.

Ngao said that Amina threatened Wafula of dire consequences if he gave out the information to anyone.

Ashraf who was present while Jimmy, Jacob and Amina were partying till the 4 AM also admitted that Wafula had told him that he had witnessed the attempted murder.

Jimmy’s father later came to learn that Jacob and Shiraz travelled together to Dubai shortly after his son’s death. 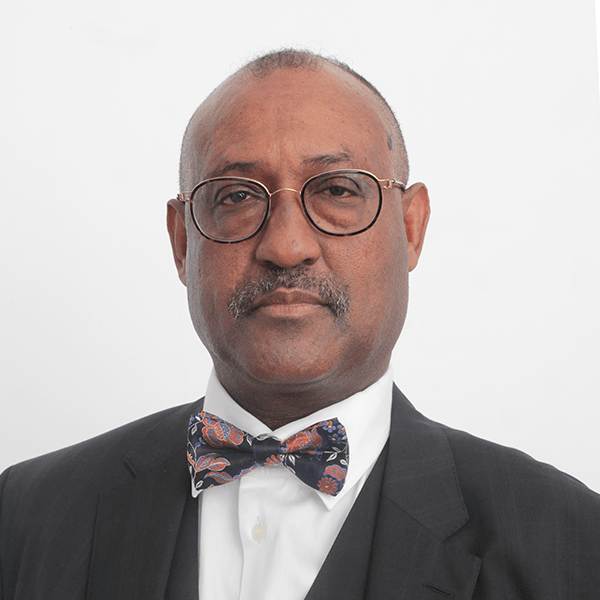 The deceased father said that Amina informed him that his son had collapsed and died yet according to the postmortem report tendered by Dr. Peter Ndegwa and witnesses, Jimmy had drowned.

Babarum said that Shiraz failed to disclose the fact that on that night she was in the company of Jacob who sustained an eye injury that night.

“Jimmy’s father told me the reason of making an inquiry into his son’s death was because from the start his daughter-in-law (Shiraz) had told him that his son had collapsed and died yet he had drowned and she also concealed being with Jacob on that night and that Jacob had sustained an eye injury,” said Ngao.

One of the nannies who was in Watamu looking after Jimmy’s two children aged three and ten years told Jimmy’s father that Amina was with Jacob that night, an information Shiraz hid from Jimmy’s family. 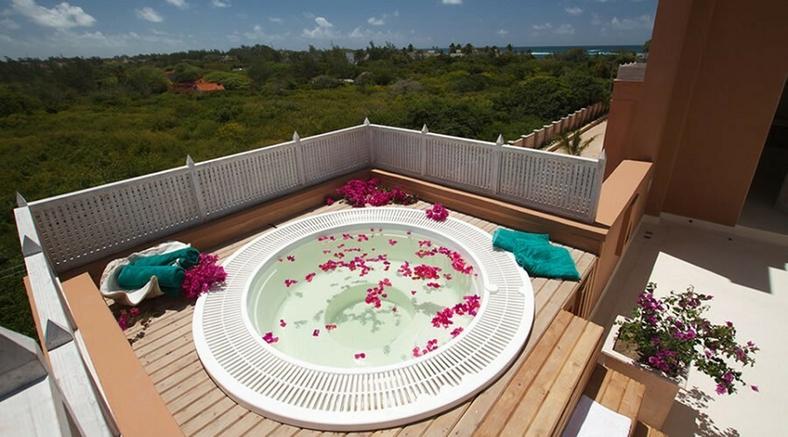 Amina had accused Jimmy of using cocaine and said that Jimmy jumped into the pool after using the coke a fact that Ashraf denied.

“Jacob who was expected to be in Nairobi was invited to Watamu by Shiraz and booked a room within the same villa, Amina again invited Jacob for a private function and the function goes on to have them remain together and then Jimmy drowns. I found the evidence to be too much and all this information was safeguarded by Amina,” said Ngao. 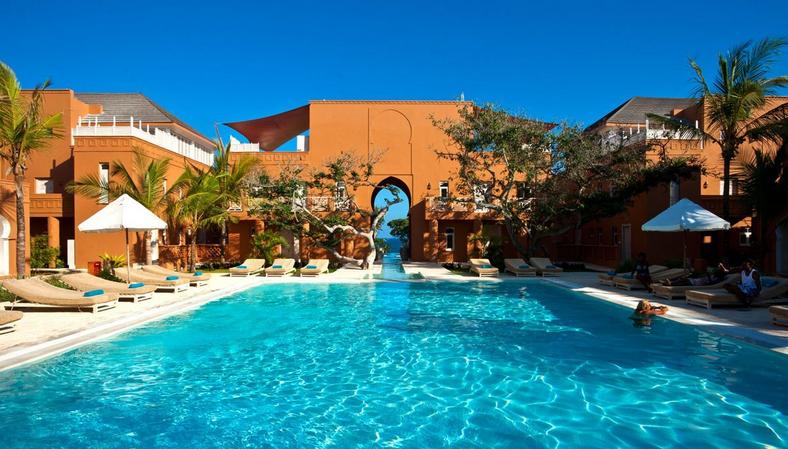 Wafula told Ngao that Amina called him to help pull Jimmy out of the swim pool and said that he was just drunk and would be okay.

Wafula also said that Jacob had a bloody bruise on his left eye and that Shiraz was more concerned about having Jacob attended to and neglected his husband who was unconscious at the swimming pool.

“As if that was not enough, she instructed for a first aid kit for Jacob who was bleeding and confirmed nothing was wrong with Jimmy and that he was just drunk and would be fine,” said Ngao. 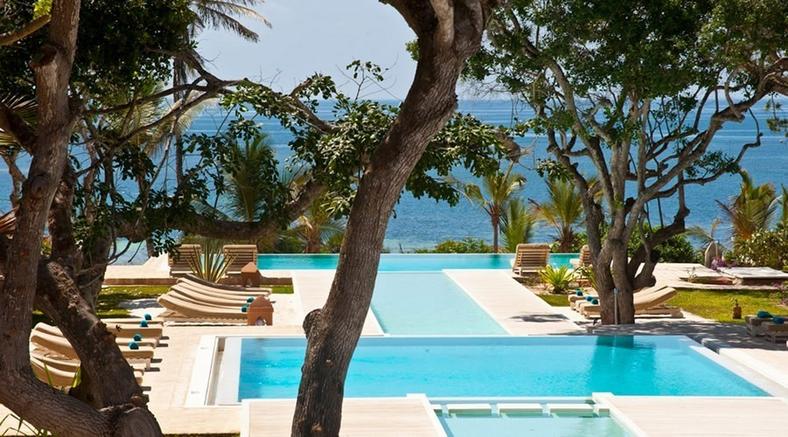 Ngao said that Jacob and Amina later tried to inquire from Ashraf if Wafula had seen anything that transpired at the swimming pool and tried to persuade them to keep quiet about the incident. 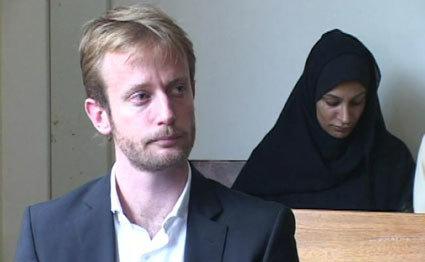 According to Amina’s call data retrieved from Safaricom, she had invited Jacob to join them in Watamu which contradicts her statement to police that it was Jimmy who invited Jacob to Watamu.

Ngao told Justice Chepkwony that Jimmy was aware of the clandestine relationship between his wife and Jacob, and had warned him to stay away from her or face consequences.

Jacob admitted the relationship and that he loved Amina but apologized and promised that he would stay away from her but never did. 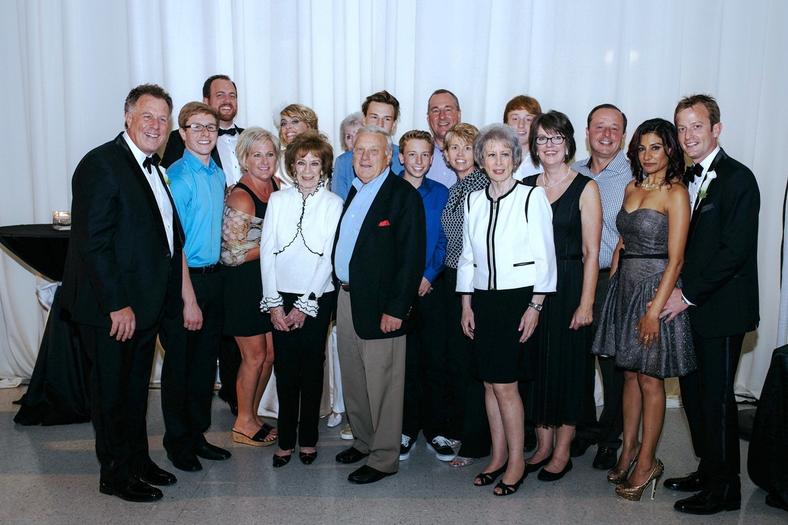 Far left Amina Shiraz and Jacob Schmalze with his family in the US during his brother’s wedding.

Ngao revealed some of the messages traded between Jacob and Jimmy in relation to Shiraz.

“You gave me your word as a man and you did the opposite, I have given you time to say your goodbyes. This time I won’t be so forgiving. You will end it with her. Crush any hope she has on you. You will do this because if you don’t, I will strip her of all she has starting with those kids. Last time she knew I wrote to you. This is my final warning to you or she will suffer the consequences. Everything that happens is the consequences of your action,” read Jimmy’s message to Jacob.

In reply Jacob tested back,” Understood. I honestly did not think I was doing anything wrong and I apologize for any trouble this might have caused. This was not my thinking. We work professionally and share mutual network. So we need to together but in a limited capacity. But you have my word that our personal relationship is over. I am sure she is crying right now.

Please assure me you won’t make her life miserable.”

Jimmy had replied telling Jacob his relationship with his wife was none of his business and should stay away.

Jacob continued “I meant no disrespect. I honestly thought the two of you were separated. I have feelings for her and has money has nothing to do with it. I certainly did not mean to cause any trouble she. She won’t let me walk away without some an explanation. Please discuss with her and I will respect both your wishes.”

Jimmy replied and told him “You all think am stupid, am not. Amina has a lot of men because of her money, you just another on her list. I strongly suggest you end it with her immediately because I have means to make her life miserable, yours as well. She should not find out that I contacted you.”

Ngao also availed some messages and phone calls between Jacob and Amina after Jimmy’s death where Amina had lied that she knew Jacob back in primary school contrary to Jacob’s version that they met as a result of the nature of business they were doing of selling pets and dog food.

“Am sorry to say that their relationship was beyond business,” said Ngao.

Jimmy. Even after his death, Amina and Jacob were travelling to Dubai and US where she attended Jacob’s brother’s wedding,” he continued.

Amina Shiraz in court where she is charged of conspiring with her American Lover to murder his husband Jimmy Jagatram Baburam.

However, Shiraz lawyer Ahmed Nasir and Jared Magolo have accused the witnesses in the case of being influenced by Jimmy’s father to testify against Shiraz a fact that they have all denied.

Baburam has denied claims that he is after his son’ wealth and insisted he wants to know what transpired that night at the swimming pool.

“I have more money than I would care for, and I am old and won’t be going with the wealth once I die. I am not a beneficiary to his wealth. After we know the truth and nothing but the truth, life will go back to normal,” said David, disputing claims that he was after his son’s wealth.

Amina is also fighting for the custody of Jimmy’s two children with Baburam considering she had another child before marrying Jimmy in 2012 after cohabiting for two years. 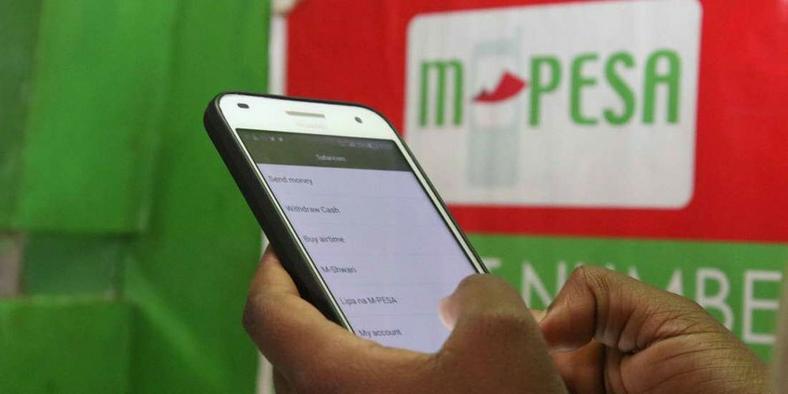 The court heard that Amina had also sent sh.45, 000 to a police officer Sheikh Abdi who was investigating the matter.

The court heard that Amina had also sent sh.45, 000 to a police officer Sheikh Abdi who was investigating the matter, a fact which Abdi admitted but said that it was a gift for Eid and he used the cash to buy goats from the Eid.

He said that Ashraf had been advised by Abdi to run away until things settled.

The officer said that Ashraf had called Amina and informed him that that the hotel management was mounting pressure for them to reveal what happened at the swimming pool that night and that he was planning to resign after Wafula resigned. 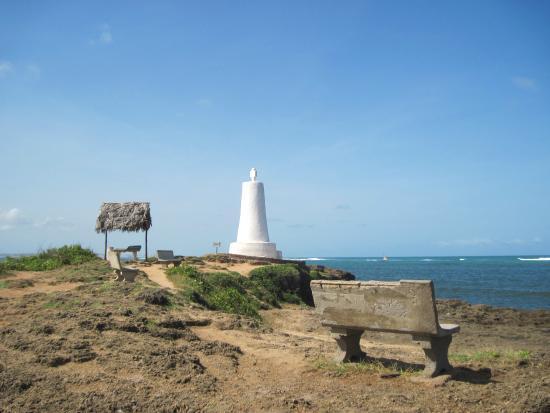 Amina has since been charged with conspiring with Schmalze to kill Jimmy in a love triangle gone sour, and is currently out on a Sh10 million bond with two similar sureties.

Schamlze who has a warrant of arrest against him is said to have left his Nairobi home and relocated to Oakland, USA.

Ngao then recommended that Abdi be charged for failing to investigate the matter and open a file and discouraging his assistant from taking any action and also for receiving cash from Amina.