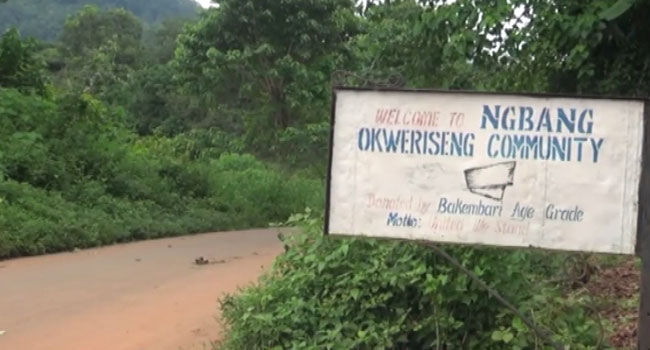 One of such attractions abounds in a community of Ubang in Obudu Local Government Area of Cross River State where the males speak a separate language from their female counterparts.

Located in the Northern part of Cross River State, Ubang is approximately six hours drive from Calabar, the State Capital.

Surrounded by Mountain ranges, the Ubang people are predominantly farmers, known for Cocoa, cassava, yam, and producers of other cash crops.

The bi-lingual heritage of the Ubang clan dates back to centuries ago and different versions have it that, upon creation, the Ubang people were especially favoured by God to be custodians of two languages.

It is considered a taboo for the male to speak the tongue of the women and vice versa even though, both understand themselves while speaking.

Those who in the past had attempted to speak the tongue of the other sex were ridiculed by the community which naturally put a stop to it.

For the community, the gift of the language variation remains a thing of pride to the ubang people and have successfully passed the tradition from generation unto generations.

The community is also said to be a focal research point for academic purposes hence the need for government to pay attention to this untapped tourism attraction.