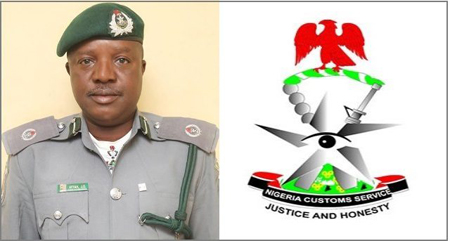 THE Nigeria Customs Service (NCS) yesterday shunned the directive by the Senate that it should suspend the proposed vehicle duty ultimatum due to begin on April 12.

The service has announced it was granting a 60 per cent rebate on the Duty Paid Value (DPV) on vehicles.

Addressing reporters at the Customs Headquarters, Abuja yesterday, its Acting Public Relations Officer (PRO),  Joseph Attah, said the grace period began on Monday and would last till April 12 for vehicle owners and dealers to pay at the nearest Customs Area Commands, except for Lagos and Port Harcourt.

The spokesman said: “Visit any Customs command near you and verify your papers and know if the right duty was paid. Ignorance is no excuse. There is a one-month grace period for now with 60 per cent rebate.”

He insisted that “soon, owners of smuggled vehicles without duty will longer be able to register them or renew their vehicle papers”.

The Senate on Tuesday directed the NCS to suspend the directive until an  explanation by the Comptroller General of Customs, Col. Hameed Ali (rtd).

But reacting, Attah said the Service would provide information to the National Assembly.

He said: “Senators are respected representatives of the people. When we visit them, we shall discuss and I’m confident that with the gains in this action, they’ll see reasons.”

According to him, the need to compel vehicle owners to pay duty was to boost revenue and enhance national security through the Vehicles Identification Number (VIN) Project.

His words: “The benefit of this collaboration is that those who do not pay duty on their vehicles will not be able to obtain and register them in Nigeria. We believe that when all vehicles are properly registered and owners’ identities tied to them, national security will be enhanced.”

With the rebate, Customs said payment for 2015 vehicles and below that were directly imported and third party type (Nigerian used) is based on 35 per cent of the actual value as duty from which the owners will be mandated to now pay 40 per cent.

National President of Association of Motor Dealers of Nigeria (AMDON) Prince Ajibola Adedoyin, at the briefing, said they supported Customs on the directive as they had meetings before it was issued.

On the one month period, Adedoyin said the association would call for further review or extension of the grace period when the need arises.

He said the Customs management might extend the deadline depending on compliance.