ABA—A dismissed policeman extorting motorists in Aba, Abia State, has been arrested by men of the Police Area Command in the city. 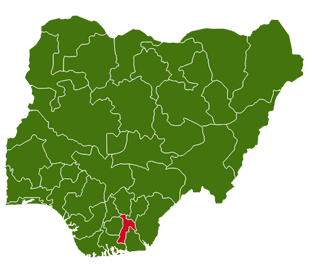 The ex policeman simply identified as Emenike, nabbed at the Ama Ogbonna area of the city was allegedly dressed in police uniform which he used to intimidate motorists.

A tricycle operator in Ama-Ogbonna area who pleaded anonymity said the dismissed officer has been operating alone and dreaded by motorists in the area.

The tricycle rider told Vanguard that the dismissed policeman usually disappears from the road whenever he sees any police van.

He said: “We have been suspecting the man because of his attitude of disappearing when he sees police vehicles coming. We didn’t know he was sacked some years ago as a mobile police officer. He operates alone and has been extorting motorists at Ama Ogbonna. Everybody dreads him.

“When the team of police officers came to arrest him, we all thought that his colleagues have come, but before you know it, he started struggling with them as they tried to get him arrested. We never knew until some of the policemen who came for his arrest said he is a fake police officer.”

Abia State Police Public Relations Officer, DSP Geoffrey Ogbonna , who confirmed the incident, added that the suspect was being detained by the Police and would soon be charged to court.