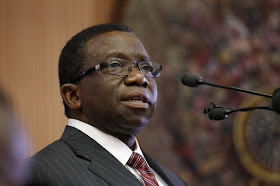 The Minister of Health, Prof. Isaac Adewole, has said that he was not aware of a cure for HIV/AIDS being reported by the majority of the Nigerian media.

The minister had reacted to the not-so-new claims of finding a cure for HIV being made by a Professor of Virology at the Michael Okpara University of Agriculture, Umudike in Abia State, Maduike Ezeibe.

Contrary to media interpretation of his claims, Ezeibe said he had only found a “potentiate” for possible manufacturing of HIV drugs.

As reported by the media, the professor had said, “The medicine had been used to “potentiate Ampicilin, Chloroquine, Piperazine and Sulphadimidin, among others…

Technically and as defined by the Merriam Webster dictionary, a “potentiate” is used to augment the activity of (as a drug) synergistically. It is used to increase the power, effect, or likelihood of (something, especially a drug or physiological reaction).

And, as explained by Ezeibe himself, his current product is a “raw material” for HIV drugs if, as he also said, it is “approved by relevant authorities.”

Health Minister Adewole, in a text message sent through the Director Media & Public Relations at the Ministry of Health, Mrs. Boade Akinola, wrote, “I’m not aware of his claims.

“There are standard ways of disseminating such information.

“The Nigerian Institute of Medical Research, in conjunction with the College of Medicine University of Ibadan, has been mandated to verify two claims of cure for HIV in Nigeria.

“We shall make our findings public when ready.”