Should the revered media practitioner, the late Levi Ajuonuma, take a look down on earth from the afterlife, he’d have nothing but joy.

A product of his loins, DJ Obi, after 200 hours of ceaseless music rotation, vigour and a rigid determination, made history on Friday morning.

By 7.30am, the disc-jockey outdid the 200-hour-Guinness world record for the longest marathon club DJ-ing — set by Polish DJ, Norberto Loco in 2011.

While he embarks on the ultimate feat of 240 hours of non-stop music, we take a look at others of his kind — history makers, record breakers – Nigerians, who are presently featured in the Guinness Book of World Records.

Greatest distance travelled with a football balanced on the head

Perhaps, many would have labelled him insane, when Nigerian footballer based in Cambodia, Harrison Chinedu, balanced a football on his head and journeyed on foot from the RCCG Redemption Camp to National Stadium Surulere, Lagos.

As he neared his final destination, Chinedu was swarmed by fans on Sunday, March 6, when he completed a distance of over 48.04 km (29.85 miles) – breaking a record set in 2014 by Indian soldier NaibSubedar Azad Singh. 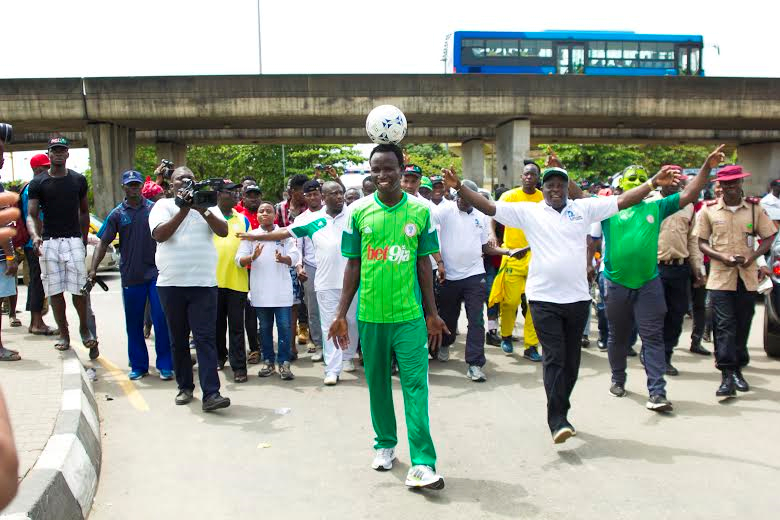 Not even a muscle strain scare at Berger Bus Stop, around Ojodu, could deter him from achieving his objective.

According to the Guinness World Records, “The record attempt lasted 7 hours and 5 minutes.”

Christmas Day 2014 will remain perpetually special for the folks of Akwa Ibom state.

On that historic day, a 25, 272 member choir sang out their lungs at the Uyo Township Stadium in Akwa Ibom- to set a new record for the largest group of carol singers.

Singing popular Christmas Carols such as – The First Noel, Joy To The World, O Christmas Tree, Hark The Herald Sing, Once In Royal Davids City and O Come All Ye Faithful – the Akwa Ibom choir beat the 2013 record of a Colombian choir of 15,674 carol singers known as CENTI. 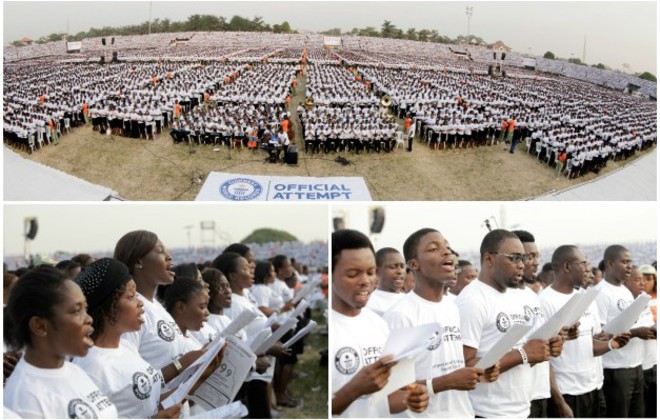 First, what is crocheting?

According to the Merriam Webster dictionary, ‘crochet’ is a method of making cloth or clothing by using a needle with a hook at the end to form and weave loops in a thread,

In April 2015, undergraduates of the Atiku Abubakar-owned American University of Yola recorded the feat of ‘most people crocheting simultaneously’. 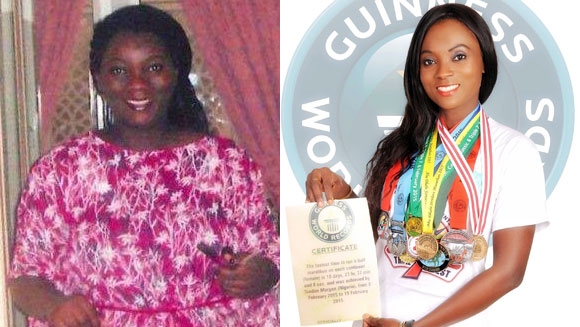 Most people washing their hands

37, 809 Nigerian schoolgirls and boys earned Nigeria this record, at an event organised by Lifebuoy and the Federal Government.

To achieve the most people washing their hands record, thousands gathered at TBS Onikan in Lagos, Nigeria on 14 October 2011.

The effort was not only carried out for the purpose of breaking a record – but also to “encourage children to wash their hands with soap and water to defeat diarrhea”.

According to the Guinness Book of World Records, the attempt was coordinated by Ecole de Dessin. 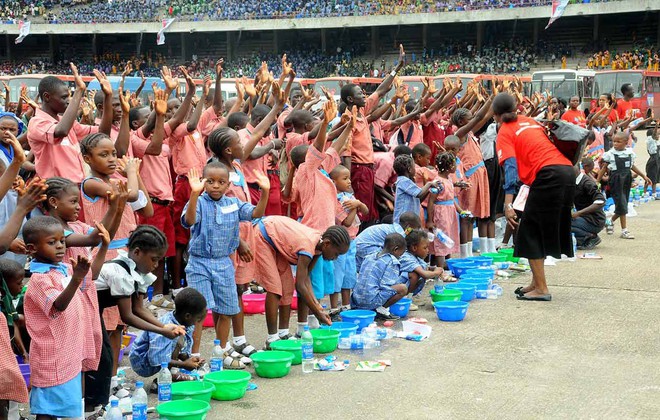 Fastest time to run a marathon on each continent

Tuedon “Tee” Omatsola Morgan went from an unfit 121 kg to being a Guinness World Record holder.

Morgan’s feat is as impressive as inspiring – after earning the title for the Fastest time to run a half marathon on each continent and the North Pole, by completing seven races in an astonishing time of 62 days 12 hr 58 min 49 sec.

When asked what motivated her to carry out the feat, 42-year-old Morgan quipped, “When I was a child, my parents bought every copy of the Guinness World Records that was published. I remember saying to myself that one day that will be me. But as I got older and started fighting with my weight, I felt my dreams were far-fetched. That was until I met Ziyad Rahim (Pakistan) who is now a multiple Guinness World Records title for his marathon running – this record was his idea.” 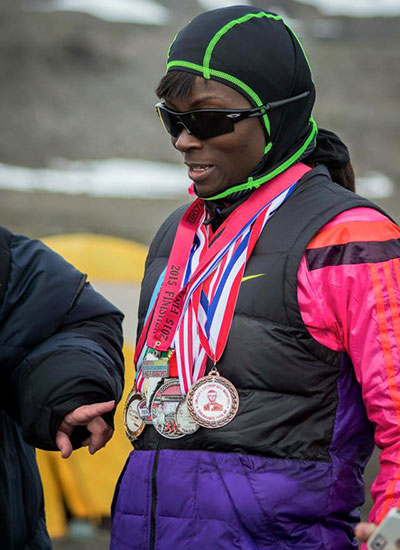 Nigerians love a wide array of board games and Ludo is one which is popular and widely played.

Hence, it was only right that the largest board game will be achieved in the largest black nation in the world. 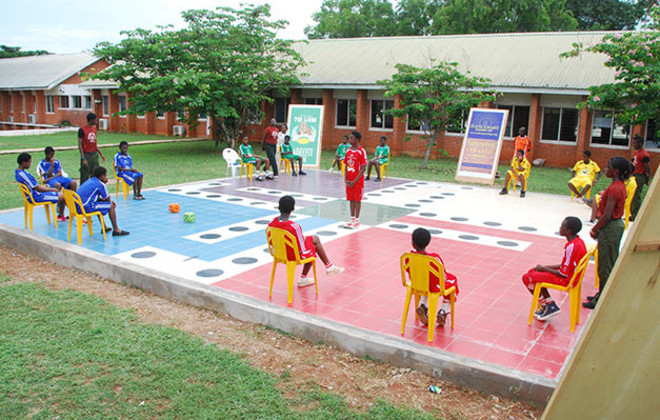