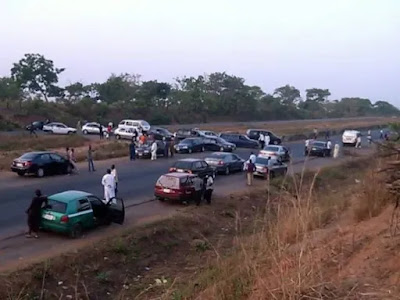 The Kaduna State Government has warned road users not to stop at any checkpoint along the Kaduna-Abuja expressway notorious for regular kidnapping and robbery incidents.

Mr Samuel Aruwan, Kaduna Commissioner for Internal Security and Home Affairs, said this in a statement on Saturday in Kaduna while emphasising that the ban on security checkpoints on the road is still in force.

“The Kaduna State Security Council, last year, issued the advisory, notifying citizens that there were to be no authorised checkpoint along the Kaduna-Abuja Road and other routes, to and fro.

“Any person or group of persons observed to be manning checkpoints along these routes at any time must be considered as carrying out illegal operations, and must be treated as such.

“Road users are strictly warned, not to show compliance with any checkpoint on this route at this time.