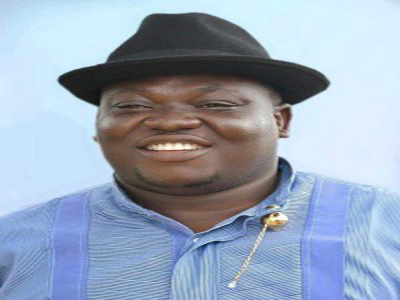 A team of the Economic and Financial Crimes Commission (EFCC) has ransacked the palatial home of George Turnah, popularly known as the godson to former President Goodluck Jonathan.
The fierce-looking operatives reportedly stormed the courtyard of Turnah located at Kolo Creek, Ogbia local government area with scores of fully-armed mobile policemen and soldiers.
They were said to have arrived the courtyard at about 5pm on Friday and painstakingly searched various buildings and rooms in the premises till about 10pm.
Though there was no clue that money was recovered from the house, the team were said to have carted away cheque books and financial documents.
The commission was said to be investigating an alleged multiple cases of corrupt enrichment against Turnah and his involvement in disappearance of money allocated to the Niger Delta Development Commission (NDDC).
It was learnt the 33-year-old Turnah fled his multi-billion naira Kolo Creek Villa built with a gold-plated fence and gate along the Ogbia town road few minutes before arrival of the EFCC.
His whereabouts were unknown with all his telephone numbers switched off.
When our correspondent visited the Kolo Creek Villa, about 45 minutes drive from Yenagoa, the compound was filled with solemn voices of a church congregation wafting from one of the buildings.
The Divisional Police Officer (DPO) in charge of Ogbia and two police officers in mufti visited the villa to debrief one of the stewards.
A source from the building confirmed the EFCC team spent about six hours to search different parts of the buildings.
He said: “It was a scary sight because many mobile policemen and soldiers were involved in the operation.
“They took over the premises and the road and conducted thorough search each room.
“They broke some doors and used keys to open others. They carted away cheque books and other financial documents.
“But I am not aware that money was recovered from the house. Our master left the house a few minutes before they came”.
Turnah, who graduated from the Law Faculty of the Niger Delta University (NDU) in 2009, warmed himself into the heart of Jonathan when he founded the Jonathan Youth Vanguard popularly called Joy 2011, a platform he used to mobilise support for Jonathan.
Jonathan conferred on him the Member of the Order of the Niger (MON) award and was appointed a Special Assistant on Youth Matters to the Managing Director of (NDDC) in 2012.
Following the exit of Jonathan in 2015, Turnah floated a conglomerate, El-Godams and Celtic Group of Companies with investments in transport, agriculture and sports among others.