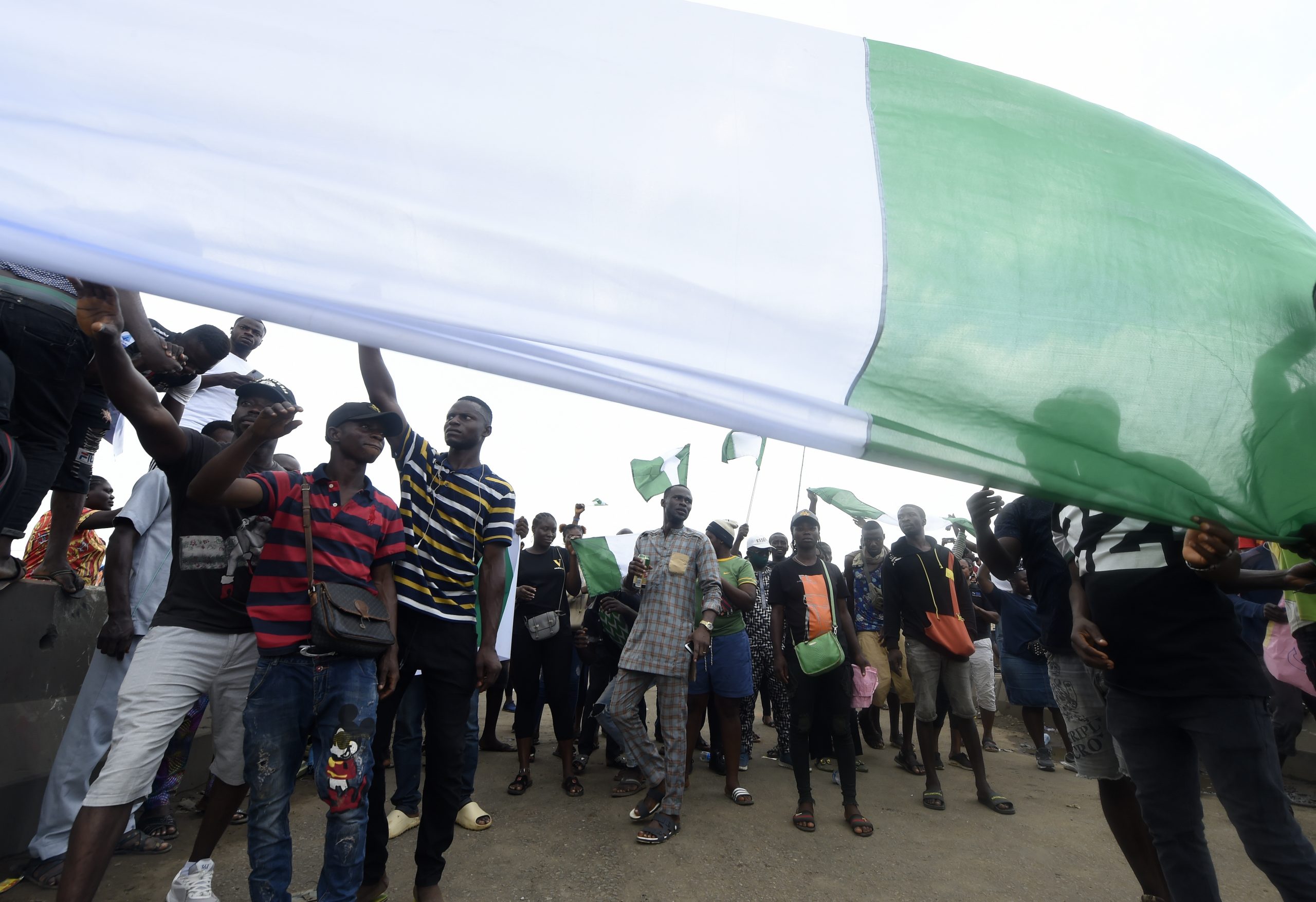 Ekiti State Governor, Dr Kayode Fayemi, on Tuesday, imposed a 24-hour curfew on the state following the EndSARS protest which has turned violent in the last couple of days.

The development was made known in a statement signed by the Secretary to the State Government, (SSG), Mr Biodun Oyebanji, and made available to the News Agency of Nigeria, (NAN) in Ado Ekiti.

According to the statement, the Ekiti State government has observed with growing concern, how the EndSARS protest, which started as a peaceful protest against police brutality by youths in the state, has been hijacked by hoodlums who capitalised on the situation to rape, assault, rob and extort money from innocent citizens across the State.

“In the past 48 hours, there have been incidents of gang-rape, robberies, physical assaults on innocent people, looting and burning of a police station.

“These acts of brigandage are not in consonance with the legitimate aspirations of the EndSARS protesters. It cannot be logical to seek to remedy impunity with impunity.”

It said “Government therefore cannot afford to watch a deliberate enthronement of anarchy by some bad elements who have hijacked the protest for some clandestine reasons.

“These are in addition to the wanton destruction of properties, particularly private properties.

“Government is concerned that if this state of affairs is allowed to continue unabated, it will lead to a breakdown of law and order thereby threatening the wellbeing of the people of Ekiti State.

“For the purpose of clarity, Government continues to show understanding and responsiveness to the demands of the legitimate protesters,” the statement said.

It expressed worry that, only on 16th October 2020, Gov Fayemi met with the protesters in person. While identifying with the legitimacy of their protests, he assured them that the State Government will immediately put measures in place to respond to all their demands.

“Government has since then constituted a Human Rights Investigation Panel to review all cases of abuse by Officers of the disbanded SARS.

“In addition, the Government has set up a Victims Compensation Fund to facilitate speedy remedial measures for victims of such abuse.

“Furthermore, several officials of Government have engaged the protesters at multiple fora and platforms, including the social media, in order to ensure that concerns of protesters are properly identified and responded to in a prompt and efficient manner with necessary feedback.

“Government has also at various times drawn the attention of the protesters to a possible hijack of the protests by individuals whose only interest is to inflict violence on the people of the state.

It said that during the curfew, starting from 10.00 pm on Tuesday, October 20, 2020, only workers on essential duties and service providers with valid means of identifications are allowed to move around.

It warned that any person found on the street, not belonging to this category of exempted groups, will be promptly arrested and prosecuted according to the laws of Ekiti State.

“We seek the understanding of the good people of Ekiti State as we continue to take deliberate steps towards ensuring that peace and normalcy return to our state,” it added.