But fearing that the National Assembly leadership may rally support of lawmakers to veto the president, some lawmakers are mobilising to block the veto.

An official of the PSG, who declined to be named as he was not authorised by his colleagues to speak, said the group has so far signed on 46 senators. 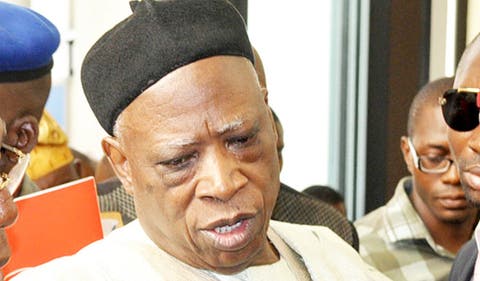 He said the number “is more than what we require to block the veto. We only needed 36, which is the simple majority.”

Two-thirds of senators (73) are required to override the president’s veto.

The group said it has also garnered the majority of members in the House of Representatives.

“Twenty out of 24 APC governors are with us and they have constituted a committee under the Jigawa State governor to sort out this National Assembly issue,” the source said.

According to him, “some of the governors have given their National Assembly members marching order to sign on, and we are still expecting more members.

“We hope to have some PDP members too. The PDP has 45 senators, 25 are with them. We are targeting the 20 that is non-aligned.”

The group also said it has perfected plans to ensure that the electoral act veto did not get through.

A ranking senator who is also in support of the group said the issue at stake is beyond stopping the veto of the electoral act.

“Some of us feel we are being taken for a ride. We are of the ruling party but a few people are turning us into opposition for no reason,” he said.

He cited the example of the Senate’s embargo on confirmation of nominees for appointments over the appointment of Ibrahim Magu as chairman of the Economic and Financial Crimes Commission, EFCC.

“The main grouse for those people is about Magu. But Nigerians are made to think that is it a problem for the entire Senate. Senators with EFCC cases are not more than 20 but they have lorded it upon everybody to accept their position.”

He said a lot of lawmakers “are now wiser and will not allow them to be used as props in a proxy war.”