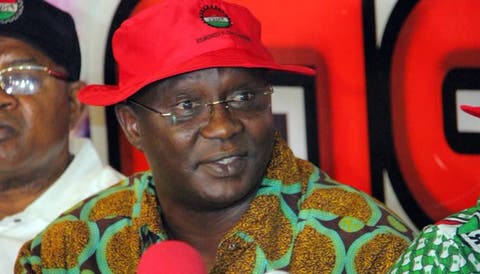 The labour movement is set to commence strike and nationwide protest across the country from September 28, following the failure of the Federal Government to reverse the increase in the electricity tariffs and pump price of petrol.

The Nigeria Labour Congress and the Trade Union Congress said they would work together with their affiliate members to execute the industrial action for maximum effect.

Rising from a meeting in Abuja on Tuesday, the National Executive Council of the NLC comprising the chairpersons of the 36 states and the Federal Capital Territory endorsed the decision earlier taken by the Central Working Committee of the Congress last Wednesday.

The CWC had handed down a two-week ultimatum to the FG to reverse the price hike or face industrial action.

The decision was taken after reviewing the meeting that took place between the government and organised labour on September 15, where the NLC was represented by 14 of its leaders.

Reading the communique after the NEC meeting, the NLC President, Ayuba Wabba, explained that the body resolved to reject in its entirety the hike in electricity tariffs by almost 100 per cent as well as the fuel price increase ‘in the name of full deregulation’.

He said the resolution was premised on the twin decisions alongside other policies of government including the increase in Value Added Tax by 7.5 per cent, numerous charges by commercial banks on depositors without any explanation, which he said would further impoverish Nigerian workers and their families.

He said the increase, coming in the midst of the COVID-19 pandemic, was not only ill-timed but also counterproductive.

The NEC also condemned the privatisation of the electricity sub-sector.

Wabba stated, “Whereas, the entire sector was sold at about N400bn, we are also surprised that government within the last four years injected N1.5tn over and above the amount that accrued from these important assets.”

The TUC, which held a meeting in Lagos to review its mobilisation strategies on the forthcoming strike and protest, resolved to collaborate with the NLC and the civil society allies to execute the decision

In a statement issued after the parley signed by the TUC President, Quadri Olaleye and Secretary-General, Musa Lawal, it said the ultimatum issued to the government which should expired by midnight of September 22 has been shifted.

It said, “Consequent upon this, the ultimatum which should expire by midnight of today 22nd September 2020 has been shifted to 28th September 2020 for maximum effect.”

The congress called on Nigerians, especially those in the informal sector, to bear with them while the industrial action would last.

Olaleye also informed The PUNCH in a phone interview that the TUC leadership has dispatched letters of mobilisation to its state chapters and affiliated members nationwide to prepare for the strike and protest.

When contacted, the spokesman, Federal Ministry of Labour and Employment, Mr Charles Akpan, said the government would soon hold discussions with the labour leaders to address their demands