A Federal High Court sitting in Kaduna has ordered that 17 vehicles seized from a former Comptroller-General of the Nigeria Customs Service, Abdullahi Dikko, be temporarily forfeited to the Federal Government.

Justice S.M Shuaibu on Friday ordered that the vehicles be forfeited pending the outcome of investigations by the Economic and Financial Crimes Commission.

The order was sequel to an ex-parte application by the EFCC seeking among others, the forfeiture of the vehicles to the government.

In his ruling, Justice Shuaibu held that the “17 vehicles which are now in the custody of the applicant ( EFCC) and as properly described and listed in the schedule marked exhibit EFCC 2 attached to the affidavit in support of the application are hereby forfeited to the Federal Government of Nigeria in the interim pending conclusion of the investigation.”

Operatives of the commission had on February 20 stormed the warehouse of the former customs’ boss on Nnamdi Azikwe Street, Kaduna and discovered 17 exotic vehicles worth hundreds of millions of naira, suspected to be proceeds of crime.

The recovery, it was learnt, was part of investigations into an alleged N40bn fraud perpetrated by Dikko.

Dikko, had returned N1bn to the EFCC last year while a house worth about N2bn allegedly belonging to him had been seized by the commission.

Dikko, who served as the head of customs between August 2009 and August 2015, became the subject of an EFCC investigation last year when the commission established that about N40bn was diverted from the coffers of the NCS under his watch. 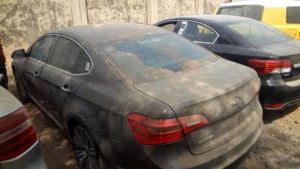 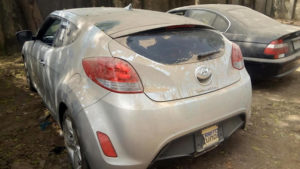 The funds were allegedly drawn from proceeds of the seven per cent cost of collection and one per cent comprehensive import supervision scheme.

He was subsequently arrested by the EFCC in June 2016 but was released due to his poor health.

However, a reliable source within the EFCC told our correspondent that the suspect had been returning money to the government.

Sources within the EFCC, however, told our correspondent that Dikko failed to disclose the existence of the vehicles which were just seized.