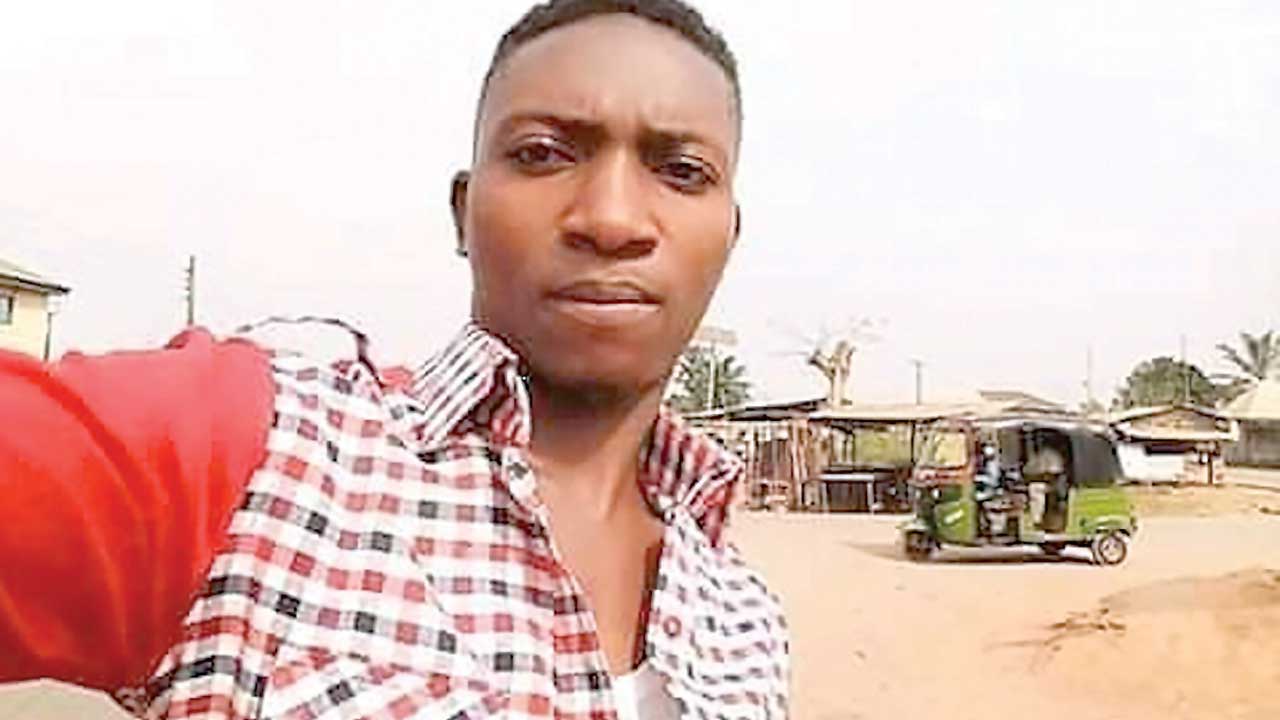 Residents of Okwulaga Afaraukwu in Umuahia North Local Government Area of Abia State yesterday took to the streets of Umuahia, the state capital, to protest against the killing of an indigene of the area by a trigger-happy police officer, identified as Collins Akpougo. Afaraukwu is the hometown of the leader of the Indigenous People of Biafra (IPOB), Nnamdi Kanu.

Akpougo, a police Sergeant said to be at large, it was gathered, is attached to the Special Protection Unit (SPU) of the Nigeria Police Force, Abia State command. It was further gathered that the protesters had set the car abandoned by Akpougo, who is also a resident in the same community, ablaze.

A women leader from the community, Mrs. Ngozi Ogbonna, who led the protest, told journalists that the 21-year-old Chukwubuike Onuoha, was shot in front of his father’s compound on Monday night. She said Onuoha was in company with other youths from the community when the policeman drove towards them in a Toyota Hilux van.

She said the cop reportedly flashed his van’s light on the youths, prompting Onuoha to urge him to dim his light. She added that rather than dim the van’s light, the police officer alighted from the vehicle and shot the deceased on the shoulder.

According to her, while the youths including the deceased’s elder brother tried to engage the policeman, he scared them away with his gun. He later reportedly shot the deceased a second time on the chest before abandoning his van at the scene and took to his heels.

“We know Collins very well, he is a tenant in our community. He killed our son for no just cause. He was confirmed dead at the Federal Medical Centre, Umuahia, this morning (Tuesday). We have gone to the state government to complain, we are also going to the police command to express our grievances to them. All we want is justice in this matter.”

Apart from the women, youths in the community also marched yesterday morning to the Central Police Station (CPS) in Umuahia. They were reportedly dispersed by policemen with tear gas before blocking a section of the Umuahia-Bende Road, where the CPS is located.

The Police Public Relations Officer (PPRO) in the state, Geoffrey Ogbonna, confirmed the incident. He said the Commissioner of Police, Okon Ene, had summoned a team, led by the Homicide Department of the State Criminal Investigation Department, to investigate the incident.

He said: “We got a signal last night that a police officer shot a resident of the Afara community. The Commissioner of Police in the state has ordered a thorough investigation into what happened, though the CP has sent a delegation to commiserate with the family and community of the deceased. He has assured them that no stone would be left unturned until justice prevailed in the matter.”

The Commissioner of Police noted that he had ordered the arrest of the suspect wherever he might be. Okon also said that he had set up a committee of senior police officers to wade into the matter.

He said that the committee was expected to pay a condolence visit the family of the deceased, the community leaders and youths with a view to pacifying them. He further said that the command was already talking with appropriate government officials on how to handle the matter and avert further damage.

Some of the residents, who spoke anonymously, said they suspected Akpougo was under influence to have prompted him to kill someone from the same community he lives in. A psychologist, who could not rule out the possibility of the police officer acting under the influence of alcohol or any other substance, said work stress or depression could cause security agents acting in such a manner.

According to the psychologist, it has become imperative that policemen were subjected to brain test regularly to ascertain their sanity level before handing arms over to them, if unwarranted killing of citizens by police officers must stop.

The President-General of the community, Mr. Emeka Ezebuiro, expressed concern over the incident. Ezebuiro said the information available to him showed that the boy was shot and murdered in cold blood.

When newsmen visited the community, it was difficult to have audience with the mother of the deceased, as she was said to be asleep, while Kenneth, the deceased’s brother was also said to have gone to the CPS.

It was further learnt that the policeman had fled the area with his family after the incident. The youths, who combed the entire area in search of the suspect to no avail, later set his Hilux van ablaze.