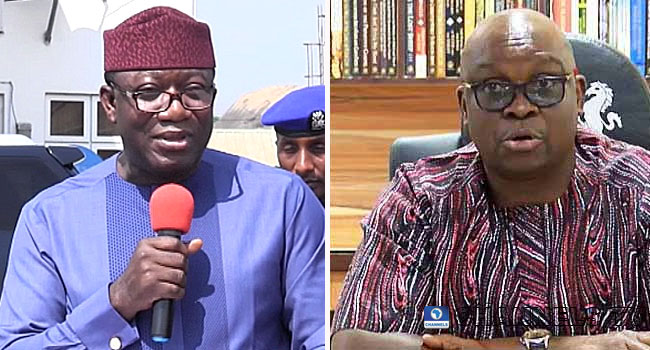 Ekiti State Governor, Dr Kayode Fayemi, has nullified all employments made by the administration of former Governor Ayodele Fayose from July 2018.

The commissioner for Information, Mr Muyiwa Olumilua, announced this at a press conference held on Wednesday in Ado, the Ekiti State capital.

According to him, the state government condemned the ‘last minute’ employments made by the past administration.

Olumilua that the employments lacked due process and were hurriedly done after Fayemi won the governorship election in the state last year.

“All appointments made after the governorship election of July 2018, an exercise found to have violated due process, are hereby cancelled and declared null and void,” he said.

The government also placed conditions on other employments dated before the election, saying they would be subject to review and availability of vacancy.

“All 272 officers employed by the former Governor Fayose led administration who are still on manual payroll shall be considered for absorption into the civil service, but on a case-by-case basis and absorption will be conditional subject to availability of vacancies,” the commissioner revealed.

He added that those employed during Fayemi’s first tenure, whose appointments were terminated by the Fayose administration, would also be subjected to same conditional consideration.

Olumilua explained that this was in line with an earlier warning by Governor Fayemi before his swearing-in that appointments made after the governorship election would be discarded.