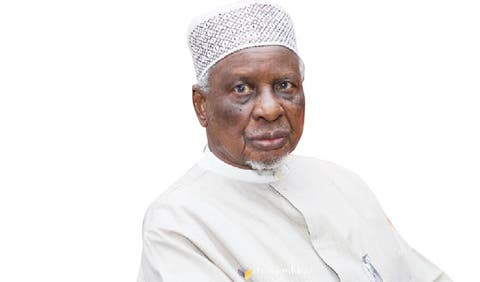 Elder statesman and a founding member of the Arewa Consultative Forum, Alhaji Tanko Yakasai, speaks to TOBI AWORINDE on the desire of the founding fathers to pursue Nigeria’s independence and the aftermath of the feat

How do you feel about Nigeria at 60?

I really feel bad about Nigeria and this government, not that I’m not grateful or that I am unaware of the good things that have happened in Nigeria in the last 60 years. No doubt, we have made some progress. We’re not at the same level as before. In 1960, we had only Ibadan University College. Today, we have more than 200 tertiary institutions awarding degrees and diplomas. We do that every year and those graduating are in our society; they are helping. This is the reason why I am unable to believe the assertion that we are still marking time. I think we have made some progress; there is no doubt about it. Find out the number of graduates our universities churn out every year. Few died but the majority of them are still alive, making their contributions.

Do you think the British colonial rule benefited Nigeria in any way?

The colonial system was a worldwide phenomenon. Certainly, the world has benefited somehow from the colonial system – Nigeria, Brazil and many other countries. The most important contribution colonialism gave to the international community was the introduction of wealth and education. That opened our eyes and introduced us to development and progress. So, we cannot say colonialism is completely bad. There are bad and good aspects of it. The most important aspects of it are education and industrialisation.

How has military rule impacted Nigeria, since independence?

The effects of military rule include corruption, indiscipline, lack of efforts, and destruction of our infrastructure. These were perpetrated by those who were in the military at the time of independence. If I can cite one example of something that the colonial system did for Nigeria, it is the provision of a railway system. We travelled from Kano to Lagos within 24 hours in those days. Now, we cannot do that. There are many things we could do with the colonial system, for example, the availability of electricity. Without electricity, we cannot industrialise. This is the reason why we are not making progress as much as we should.

Can you remember some of the ideals the founding fathers fought for?

They fought for independence. Why? We wanted to manage our own affairs. The main thing in Western Nigeria was education. In Eastern Nigeria, the main things were education and industrialisation. The main thing in Northern Nigeria, which was the most backward part of the country, was the ability of northerners to occupy positions of responsibility and handle their own affairs. You would be surprised to know that northerners constitute 95 per cent of our developed manpower in Northern Nigeria. That was not the case before independence.

Do you think the ideals the founding fathers fought for are being actualised?

No, we have not actualised them, and this is because of corruption and not about politics. For instance, the first Prime Minister of Nigeria, Sir Abubakar Tafawa Balewa, introduced the first development plan. Under that plan, we had a lot of beautiful things planned for the development of Nigeria. It included the expansion of the railway system in Nigeria. By 1965, the first railway expansion brokered, which was from Jos-Bauchi-Maiduguri was put in place by the government of Tafawa Balewa. He had similar plans, in terms of water resources. He created Kainji Dam with the intention of generating electricity for development of industries and enhancement of irrigation farming in Nigeria. There was a plan for the development of water resources all over the country. We had a development plan that would open up Nigeria from our northern part of the country – places like Kano and Sokoto – to Libya and Algeria, by what they called the ‘Trans-Saharan Route’ to export goods to the outside world, especially North Africa, which would be cheaper and provide a shorter to export anywhere. And we could have been utilising that to import at a much cheaper rate than we have been doing. There are so many things contained in the plan by Tafawa Balewa’s government.

What was the atmosphere like on the day Nigeria gained independence?

There were high expectations and there were commitments. Nigerians were prepared to make whatever sacrifices were needed to move their country forward, which unfortunately we have lost. Virtually every Nigerian before independence was patriotic. They looked forward to independence as a way of changing the spirit of our country for the better. We don’t have that any more. We had a moderate level of corruption in Nigeria at that time. You can google and find out how much regional governments spent in achieving what they were able to achieve, in terms of financial resources. These are some of the achievements that we were able to record. Everybody was happy at the time. But not all Nigerians are happy now. Those who are happy are few. Multi-billionaires keep the majority of resources of the country to themselves – a few hundred Nigerians, at the expense of 200 million Nigerians.

I went from Kano to Lagos. I was invited to some activities to celebrate independence in the morning – the parade, the meeting of the House of Representatives, and the transfer of power from the British colonial government to the Nigerian representative, Tafawa Balewa, who was there. Then in the evening, I attended a garden party hosted by the governor general at that time, John MacPherson. The following day, I left for Ghana and, from there, I went to China, where I was invited for an international conference. I stayed there and didn’t come back until late January, the following year. But I witnessed the merrymaking. You would be impressed by the enthusiasm of Nigerians for independence.