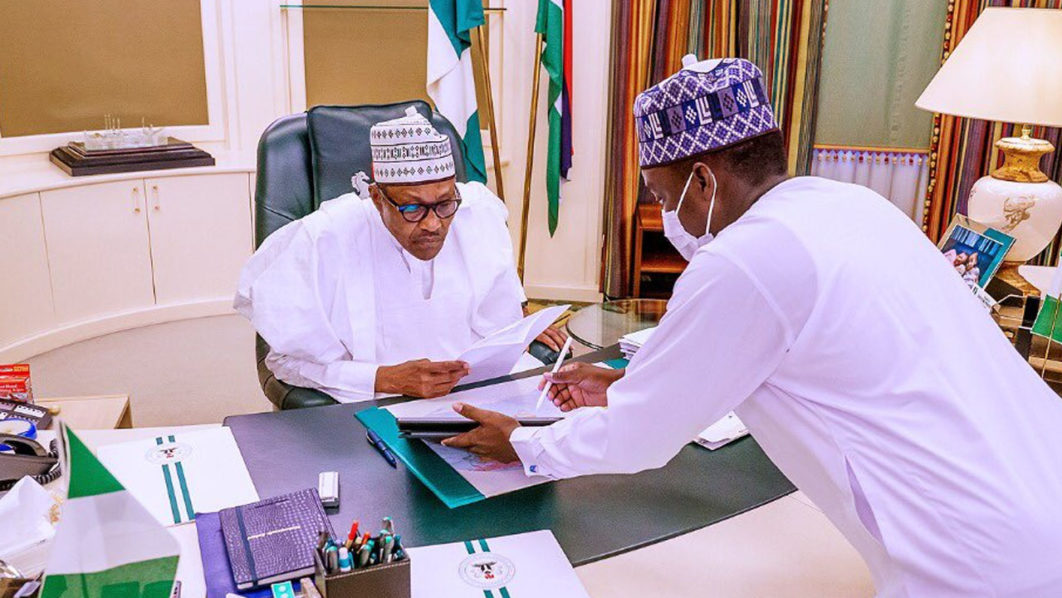 • Ministry yet to get proper brief on new pay
• We’re still digesting the policy, says Finance Ministry
• ‘Implementation not now’

Even as details of the new Teacher’s Special Salary (TSS) remain unclear, the Federal Government may face tough funding options when it is ready to implement the new policy. The new measures as announced on Monday by President Muhammadu Buhari would scale up remunerations for the teaching profession.

This comes amid widespread confusion in relevant ministries, departments, and agencies (MDAs) over the module for implementation of the new policy. Key offices, in their interactions with The Guardian last night, claimed they had not been briefed about the new salary scale, which stakeholders in education sector described as “overdue.

Checks at key ministries and departments indicated that the policy was declared without proper briefing of authorities relevant to its core implementation. Worse still, the increment, it was learnt, is not captured in the 2021 appropriation bill scheduled for presentation to the National Assembly on Thursday.

President Buhari, during his speech to commemorate the World Teachers Day on Monday, approved a special salary scale for teachers in the country. He also increased the number of years of service of teachers from 35 to 40.

When implemented, both decisions would mean significant expansion of government’s recurrent spending. YET, government may not be in a hurry to implement the new salary scale, going by the information gleaned from the Ministry of Finance and its agency, the Budget Office. A top official at the Ministry confided in The Guardian, saying that the policy declaration was still being digested and that a clearer workable and implementable plan would be drafted in due cause.

“We are still digesting the new policy thrust as declared by the President. All the necessary agencies involved are still studying the policy. It is too early to begin to make comments that may contradict what the President said,” the source who pleaded anonymity, disclosed.

Another source at the Budget Office said the new salary scale was not captured in the appropriation bill the President will present to the lawmakers tomorrow.

“We have since concluded the 2021 appropriation. The new salary scale was not contemplated. Maybe it will come later in a supplementary budget. Certainly, it is not in the plan prepared for Thursday’s presentation,” said the staff.

When The Guardian inquired about details of the approved document at the Presidency, it was referred to the Federal Ministry of Education, implying that relevant personnel at the establishment might not have any further information beyond what the President told other Nigerians.

The response from the Ministry of Education shows there is hope that the policy may be given accelerated attention. The Director of Press and Public Relations of the Ministry, Ben Goony, said the President had directed the ministry to ensure an accelerated implementation of the policy while working with states/local governments, the Office of the Head of Civil Service of the Federation and the National Salaries, Incomes and Wages Commission.

Goony noted that the ministry would also send details of the new policy to the National Assembly for legislation.

“The special salary scale is a process, you don’t make an announcement on salary increase and pay the new salary the following week, it is a process and that process also involves the National Assembly.”

Goony also explained that the government would set up an inter-ministerial committee to work out modalities for implementation of the policy, which would enthrone culture of competence, discipline and dedication in the system.

With other sectors also starved of funding, government might cut the already-lean education capital budget to accommodate the increment in personnel cost or expand the entire budget, leaving it with no easy choice as it gets set to present the 2021 national budget.

MORE than one-third of next year’s N13.09 trillion proposed expenditure would be funded with borrowing, which will add significantly to the country’s existing N31 trillion debts.

The announced increase in teachers’ salaries may increase the pressure on the country’s fiscal position except some line items take a haircut.
Commenting on this, Bismarck Rewane, a member of the Presidential Advisory Economic Council, told The Gordian that the much-expected decision needed to “motivate the teachers” to boost their productivity could not significantly distort the county’s total expenditure.

Managing Director, Showers of Christian High School Group, Port Harcourt, Mrs. Emilia Ekama Akpan, said while the new TSS should be across board, its implementation was much more important than the policy pronouncement.

“They should also understand that, in some countries, the education budget is almost 25 to 28 percent of the total budget. So, when you have public schools that do not have good accommodation, private schools that are struggling to get bank loans to remain in operation, there is a problem.