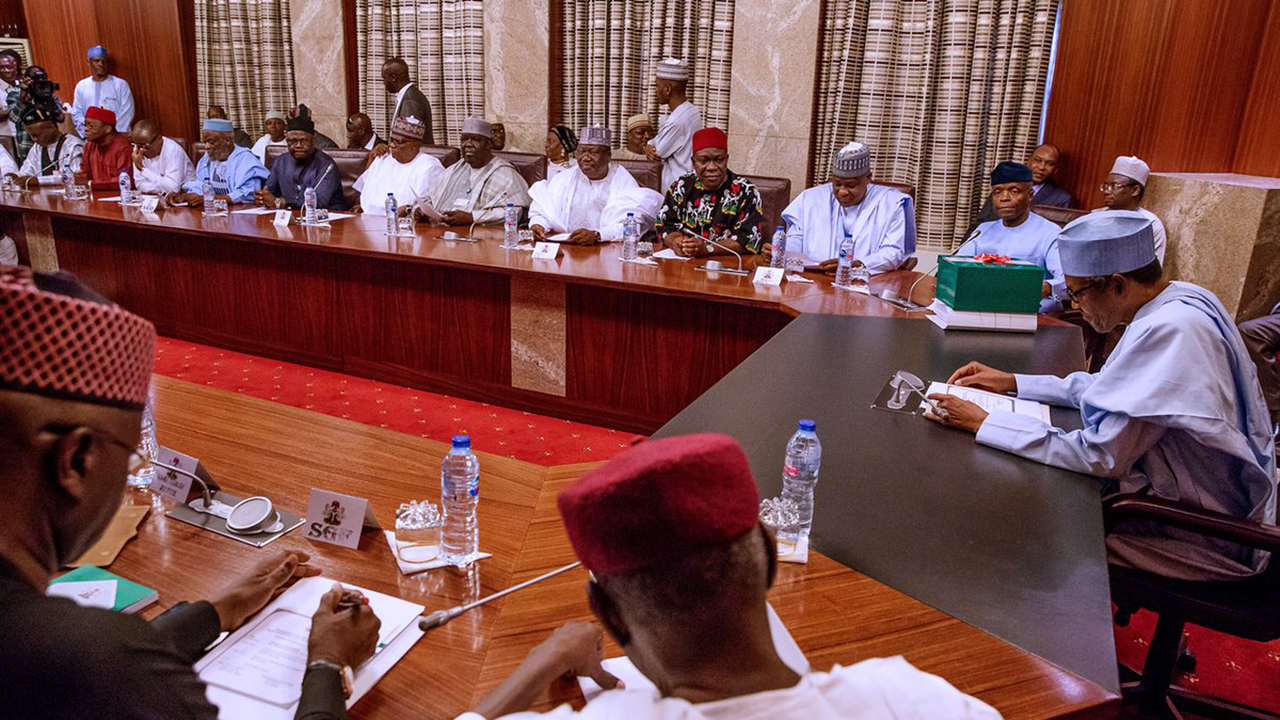 Signed into law last week by President Muhammadu Buhari, the budget already has a princely allocation of N2.14t salary payment and debt servicing over the capital expenditure votes of N 2.09t.

This development is as a result of the inability of fiscal authorities to harness the many revenue income generating opportunities in order to bolster revenue and keep borrowings at bay.

From 2015 when the current administration first came in till now, the country’s debt stock has been raised more than double. From N12t that it was, it now stands at a whopping N24.387t as at December 31, 2018.

The expanded borrowings are coming on the heels of some initiatives by the two finance ministers during the period under review- Mrs. Kemi Adeosun and Mrs. Zainab Shamsuna Ahmed.

While Adeosun engaged a consultant that identified 80 new revenue streams of income, as well as tackled inherent corruption in the Nigerian National Petroleum Corporation (NNPC) through the deployment of an audit team to monitor daily basis accruals, and reporting to the stakeholders at the monthly Federation Accounts Allocation Committee (FAAC), her successor, Ahmed within her sojourn in the ministry equally initiated two programmes- Project Light House and the Strategic Revenue Growth Initiative ( SRGI) – all aimed at expanding revenue generation.

But all seem to have fallen flat either for lack of political will to implement some of the actions like the luxury taxes, halting of waivers, which between 2017 and 2018 gulped N4.6t, as well as being bold to tackle revenue generation agencies to stop leakages by naming and prosecuting culprits in order to serve as a deterrence.

In fact, the 2018 budget implementation scorecard presented two weeks ago by Mrs. Ahmed does not leave anyone in doubt that all the initiatives so far introduced have been nothing but showmanship.

In the report, she disclosed that the country recorded only 55 per cent of her 2018 budgetary projection, missing out on a 45 percent expectation, with the implication that the budgetary financing gap widened, which must be filled through more borrowings.

And as if that harrowing revelation was not enough, she dashed the hope of a more glorious outing this year with the initiatives in place saying that for this year, the target of revenue performance will grow from the 55 percent recorded last year to just 65 per cent, a somewhat admission that nothing substantial is to change, meaning more debts for the country.

The mandate of the Federal Ministry of Finance as the government organ that manages the finances of the Federal Government includes, mobilisation or collecting and disbursing government revenue; formulating policies on taxation, tariffs and fiscal management etc.

Shortly before the cabinet was dissolved, Mrs. Ahmed confirmed that the N4.6t waivers revenue loss came as a result of the ministry’s failure to implement the Import Duty Exemption Certificate (IDEC) Project.

Reacting to the development, a development economist, Mr. Odilim Enwegbara said the way to ensure that the Finance Ministry delivers on its mandate is for the President to appoint a fiscal czar as Finance Minister and avoid displaying sentiments in such key appointments.

He argued that during America’s great depression, President Franklin Roosevelt knew that he needed an extraordinary economic team to be jointly led by both an extraordinary fiscal policy champion and monetary anti-convention engineer, which was what kept America out of the hole.

His words: “Because Mr. President is immersed in Buharinomics, he has failed and continues to fail to understand the game changing importance of hiring Nigeria’s own version of Rooseveltian economic champions. This is the biggest mistake Buhari has made during the last four years, and it is why the country went into its historic recession…”

Enwegbara insisted that appointing based on political affiliation is why overall economy has never witnessed robust growth.

He, therefore, warned that repeating that mistake in the next round of appointments, at a time the country’s fiscal policy needs technically knowledgeable people, and those who know where to draw the line between conventional and unconventional fiscal policymaking, along with smoothening out relationship with the chief banker of the nation, will be extremely damaging for the economy.

His words: “It will be double jeopardy for both the fiscal and monetary policy leaders to be people conventionally learning on the job, who as a result lack the readiness to take the badly needed fiscal and monetary policy unconventional risks. If previous ministers of finance knew the scope of their responsibilities toward stimulating the economy, they wouldn’t have allowed the kind of pro-economic financialisation and pro-commercial bank forex policy of the Emefiele-led apex bank to happen, let alone continue.

“If they knew and patriotically did their jobs, the previous and present finance ministers would have insisted on diversifying the country’s tax revenue stream, by modernising and expanding our tax collection and remittance infrastructure. They wouldn’t have allowed the present revenue crisis that now makes the country look potentially bankrupt. They would also have quickly discontinued government’s dependence on overly expensive domestic borrowing, just as they would have since moved over 80 per cent of country’s debt exposure from its present domestic exposure, to external borrowing exposure.

The Lead Director of the Centre for Social Justice (CENSOJ) Mr. Eze Onykpere, equally expressed worries that yearly budgetary estimates have not been realised and also wondered why it was taking the Federal Government so long a time to review the Petroleum Production Sharing Cost (PSC), which is well overdue and could rake in more funds for government.

Mr. Onykpere said: “We see a central challenge in the realisation of the revenue and funding needed to implement the 2019 budget against the background of the revelation by the former Minister of Finance that only 55 per cent of the 2018 projections were realised. This follows the trajectory in previous years, where the Federal Government consistently fails to realise budgeted revenue. We are worried that despite the price of crude oil selling above the benchmark price in the last couple of years, we have hardly met the production target of 2.3 million barrels a day. The recent disclosure that the country produces less than 2 mbpd falls in line with the trajectory of this challenge. The dominance of oil in the revenue profile, as well as the relatively meagre revenue expected from the non-oil sector compounds the revenue challenge.

“The proceeds from minerals and mining being the solid sector minerals is still very low despite overwhelming evidence of massive illegal mining, while revenue leakages from operating surpluses of scheduled MDAs, non-remittance and utilisation of accrued stamp duties is the order of the day. Furthermore, the executive has not taken steps for the review of the PPSCs as recommended in various Nigerian Extractive Industries Transparency Initiative (NEITI) studies. This will bring in additional revenue of not less than $1.6b every year. Also, the Petroleum Industry Bill is stuck in executive/legislative bickering, and this has stalled reforms in the oil and gas sector, which would have increased revenue available from oil and gas extraction,” Onyekpere pointed out.