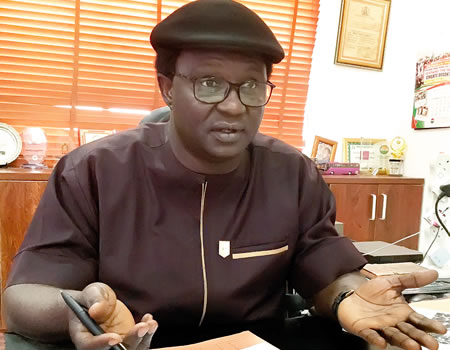 As public outcry continues to trail the recent increase in electricity tariff and hike in fuel price, the Nigeria Labour Congress (NLC) has summoned the meeting of its Central Working Committee (CWC) for Wednesday.

The meeting is being called after President Muhammadu Buhari, had directed the Minister of Labour and Employment, Dr Chris Ngige, to meet with the stakeholders in the Labour sector, especially the Labour unions, over the efforts being made by his government.

Buhari, also directed the minister to open the books for them and show them the finances of the government and how it has been struggling to cope in the present economic situation.

Tribune Online learnt Sunday evening that the NLC has called its CWC meeting for Wednesday to take action over the recent increases in the prices of electricity and fuel.

The NLC had rejected the price increase and vowed to “organize actions to protest against this mysterious policy,” and stated that the congress would call the meetings of its various organs to effectively react to the issue.

While speaking with Tribune Online, the President of NLC, Comrade Ayuba Wabba had warned that the labour leadership cannot continue to guarantee industrial peace and harmony in all the sectors.

Describing the increase, the third within the last three months as a height of insensitivity and taken Nigerians for a ride, he pointed out that the increase has led to hyperinflation, while prices of goods and services have skyrocketed.

Wabba said: “What may happen also is that we must have to organize actions to protest against this mysterious policy because if within three months, they have increased the pump price of petroleum product three times, nobody knows what will happen before the end of the year,” Wabba said.

“This is a very pathetic situation that we are in now, therefore, while condemning this round of increase, which is insensitive to the plight of Nigerians and the condition of Nigerians, we must warn, that we cannot continue to guarantee industrial peace and harmony in all our sectors.

“It ought not to be so, and we have no reason as a country to be in this precarious situation if we get our thinking cap right.”

Wabba stated that Nigerians and especially the working people were already on an edge and it takes only a little for the explosion.

Besides, he added that the government of the day was deliberately pushing Nigerians to react by its anti-people policies and insensitivity to the plights of the people.

The NLC President said: “First is that it is the height of insensitivity and taken Nigerians actually for a ride for three increases to have happened in quick succession under three months. This has led to hyperinflation, in fact, all prices of goods and services have gone up including transportation and certainly, it is like adding salt to injury.

“So, while condemning this in the strongest term, NLC and its allies certainly take these rounds of increase as part of the exploitative tendencies, that is targeted against the poor in this precarious time.

“Therefore, we reject it in its entirety and we warn the government not to take Nigerians actually for a ride because we know that with this challenge now, the cost of goods and services will skyrocket. Already, how much is a bag of rice? It is more than a minimum wage now.

“NLC will issue a formal statement to condemn all of these. Beyond even issuing statement and condemnation, because it is like the government has become used to condemnation. What may happen also is that we must have to organize actions to protest against this mysterious policy.

At the weekend, Comrade Wabba also said the organised labour would soon come out with a position on the increases in prices of fuel and electricity.

He said the organised labour would not protest until the Central Working Committee (CWC) met and agreed on appropriate action.

“Labour takes one battle at a time; it does not make an announcement without backing its action,” the labour leader who spoke with NAN said.

He noted that NLC had remained consistent on neo-liberal policies, and would take appropriate action in respect of the increases in order to achieve the desired result.