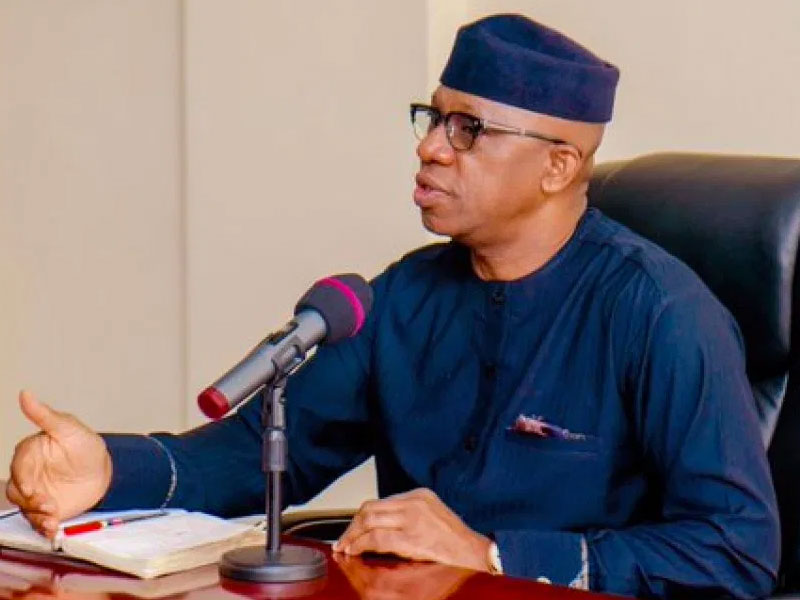 Kayode Fasua in AbeokutaPalpable fear now grips no fewer than eight communities in the Yewa axis of Ogun State, following the alleged threat of fresh attacks from the umbrella body of the Fulani herdsmen, the Miyetti Allah.

No fewer than 10 persons were reportedly killed with scores maimed and farmlands destroyed, in Yewaland, Ogun State, in the last two weeks.

Although the state governor, Mr. Dapo Abiodun convened a peace parley comprising aggrieved farmers and the leadership of Miyetti Allah, THISDAY learnt that Fulani herders had issued a fresh threat letter to the locals on their imminent attacks on the Ogun communities.

The paramount ruler of Yewaland and the Olu of Ilaro, Oba Kehinde Olugbenle, had expressed disappointment at “incitement from the Miyetti Allah.”

‘I have a letter from the Miyetti Allah threatening to deal with my people,” he told an audience comprising Abiodun, and other governors that included Abdullahi Ganduje of Kano, Sani Bello of Niger, Muhammed Matawalle of Zamfara, Atiku Bagudu of Kebbi and Rotimi Akeredolu of Ondo State.

Meanwhile, in a separate interview, Olugbenle, the Yewa paramount monarch, appealed to President Muhammadu Buhari, his security chiefs, and Governor Dapo Abiodun, to deliver his people from imminent annihilation.

In a letter he signed, the monarch said the criminal and dangerous activities of these herdsmen “have so far happened in Egua, Oja-Odan, Igan Alade, Gbokoto and Ijoun, Owode-Ketu, Ebutu Igbooro, and Imeko Afon, with reports of plans to attack towns in (the entire) Yewaland.”

He lamented that the federal government and the Ogun State Government “are hereby implored, as a matter of urgency, to act fast to secure the lives and properties of our people before it spirals out of control.”

The royal father, however, warned that the natural rulers in the localities would not watch with folded arms for too long. In this situation, it is not out of place that people may resort to self-help to defend themselves if the government fails to guarantee their safety.”

At the Abeokuta parley, the Miyetti Allah leaders had denied being behind the wanton killings and attacks. The National President of Miyetti Allah, Alhaji Muhammed Kirowa, said the association had always been peaceful and that those infiltrating it were mere criminals.

Also at the meeting, Abiodun said: “We must use the opportunity of this parley to tell ourselves the truth, not necessarily by apportioning blame, but definitely we must come up with more practical and viable recommendations that will further cement the peaceful coexistence that we have always had in Ogun State.

“Those fomenting the crisis are said to be non-residents in our state. Unfortunately, the crisis has been exacerbated by some undesirable elements within and outside the state that whipped up ethnic sentiments.

“They sneak in at night, wreak havoc and retreat after their evil acts. In whatever form, colour or ethnic group, a criminal is a criminal. We condemn all forms of crimes and criminality, regardless of the ethnicity of the perpetrators.”

Only yesterday, Abiodun inaugurated a 20-man Peace Keeping Committee on the farmers and herders clashes in the state.

Inaugurating the committee headed by a former House of Representatives member, Mr. Kayode Oladele, in Abeokuta, Abiodun mandated members of the panel to determine the cause of the ethnic clashes in Yewaland, the losses, and recommend how to forestall recurrence.

The governor equally noted that while the committee’s assignment took immediate effect, his government would roll out palliatives to the victims of the clashes to cushion the effect of their losses.

He added that some victims displaced, owing to the crisis, would be provided with shelter.

“The first assignment will be to determine what really happened. What happened? What happened that disrupted the peace we enjoyed in this state and in that particular area for so long? Because it is in determining what happened that we will ensure such will not repeat itself again.

“After that, we now look at, what has it cost us? What have we lost? So, this committee must determine what it has cost us.

“The committee will determine how do we ensure this does not happen again. After the submission of the report which must be within four weeks, I am hoping that this committee can even finish the assignment in two weeks.