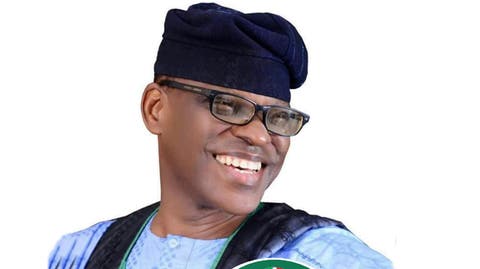 Supporters of the candidate of the Peoples Democratic Party, in the October 10 Ondo State governorship election, Eyitayo Jegede, have launched a “spiritual attack” on their political enemies.

The attack was contained in a six minutes-long video which had since gone viral.

In the video, some men believed to be PDP supporters were seen chanting incantations and raining curses on those they claimed were responsible for destroying the posters/billboards of the PDP candidate, Mr. Eyitayo Jegede and his running mate, Mr Gboluga Ikengboju.

Although the exact location, time and date of the incident were not clear as of the time of filing this report on Monday, one of the persons in the video decried the destruction of Jegede’s campaign posters.

The State PDP Publicity Secretary, Mr. Kennedy Peretei, however, dissociated the party from the incident.

Peretei said, “The persons caught on that viral video were not officially commissioned by the PDP.  It is, therefore, wrong to hold an entire party responsible for an individual’s personal approach to address the problem of posters and billboards vandalisation.”

Similarly, the Head of Media and Research of the Eyitayo Jegede, Campaign Organisation, Mr Samuel Fasua, said it was possible that those who “neglected” Ondo State contractors and artisans brought in people from the neighbouring state in a bid to smear the PDP.