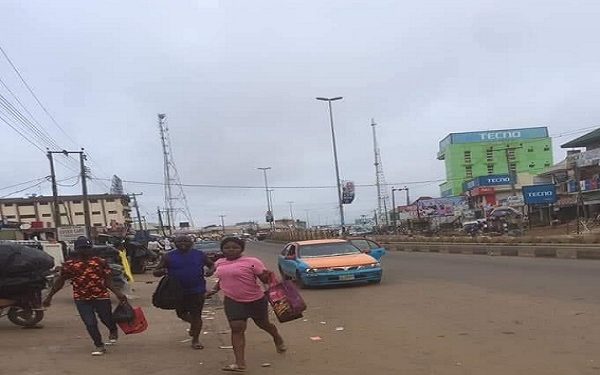 There was heavy shooting Sunday morning along Oba Adeshida road in Akure, Ondo State capital as clash between supporters of the Peoples Democratic Party(PDP) and the All Progressives Congress(APC) escalated.

The Sunday morning clash was said to have been a reprisal attack over the killing of an APC member in Oba Nla area of Akure on Saturday night.

Several persons were said to have been injured while many vehicles were vandalised in the clash.

The fight has spread to Erakhale area.

Motorists have stopped plying the Oba Adeshida road as at press time.