A staunch member of the Governor’s Advisory Council, GAC, the highest decision making organ of the All Progressives Congress, APC, Lagos Chapter, Senator Anthony Adefuye has revealed all intrigues and events that led to the scuttling of second term ticket of the incumbent Governor Akinwunmu Ambode of Lagos State. 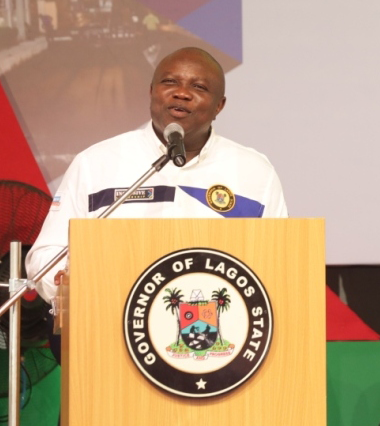 Adefuye said all efforts that were made by the Lagos East Leaders of the APC, of which he represents, in ensuring that Ambode clinched his second term ticket were thwarted by the governor himself.

Addressing the attentive crowd, Adefuye seized the opportunity to clear the air on rumours still making the rounds that the leaders from Lagos East Senatorial where the incumbent governor hails from did not make any case to secure Ambode’s second term ticket.

According to him: “We did our best to have a meeting with the governor before the issue went out of hand, but he (the Governor) did not give us the chance and attention whatsoever, to have access to hold meetings with him.

“People accused me of removing Governor Akinwunmi Ambode. We saw this crack coming about four months earlier and we decided to meet with our Lagos Central Senatorial Leader, Alhaji Tajudeen Olusi and three of us went to see Asiwaju Bola Tinubu.

“We asked Asiwaju Tinubu if there was any problem, and he said that there was a problem and he narrated it. We prostrated and asked him to call the governor and speak with him.We left the place and started calling the governor to give him the outcome of the meeting, but he did not pick our calls.

“Asiwaju Tinubu said that he was not picking his calls too. I actually tried my best, but it continued like that. Asiwaju Tinubu promised to call us after speaking with him.”

Howevrr, while narrating his personal experience during the period, Adefuye revealed further, “I spoke with the Vice President, Professor Yemi Osinbajo during Sallah that Asiwaju Tinubu would not return the governor.

“And I told him, (Osinbajo) that he should see Asiwaju Tinubu, but the Vice President told me he would be going to Abeokuta that same day. I went to Epe on the second day and tried to see the governor and called him, but he did not pick his calls.

“They said I would see him the following day, a Sunday, but they later said he would not see me that he was going to Lagos.

“We saw Asiwaju at 10.pm and he told us a lot of things till 12 midnight. We then told Asiwaju Tinubu to call GAC meeting. We told him to invite the governor who was able to speak with us for the first time. It was a great opportunity that we lost,” he said.

The Lagos East Senatorial District Leader then advised the people of the district not to put anybody that is not a member of the party in sensitive positions.

According to him, “Politics is about what anyone can get for his people, as a good a leader. You may even be disgraced while fighting for the interest of majority.”