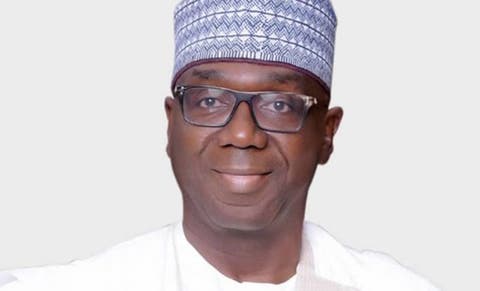 No fewer than 197 housing units out of the 410 owned by Kwara State were allegedly sold to politicians unlawfully by the previous governments that ruled the state between 2003 and 2018, Sunday PUNCH investigations have shown.

Governor Abdulrahman Abdulrazaq had set up a committee, headed by Senator Sulaiman Ajadi, to probe the handling of public assets since 1999.

He noted that over 90 properties built with public funds were unlawfully appropriated by some officials of the past administrations.

Lamenting during a breakfast meeting with journalists penultimate Thursday, Abdulrazaq said, “Senator Ajadi’s committee did a very good job; they submitted two reports and we’re waiting for the final report. It is unfortunate that from my little reading of it so far, people just shared government properties as if they were their fiefdom; they did not even think for one second that it was government property.”

Meanwhile, a copy of report submitted by the Ajadi-led committee obtained by our correspondent showed how  168 government quarters, made up of three-bedroomed flats with boys’ quarters in the Government Reserved Area were sold to politicians at a rock-bottom price of N5m each while those without boys’ quarters were sold for N4m each.

“Private individuals have also encroached on the land of the government chalets and erected buildings on it,” one of the sources said.

It was learnt that the 29 units of three-bedroomed detached bungalow at the Kwara State Parliamentary Village, meant to house the members of the state House of Assembly, were sold at N2,303,540 each.

Another property was a five-bedroomed bungalow at Catchment Road, GRA, which served as the official residence of a director of Harmony Properties, a state-owned commercial venture.

The property, which was valued at N33m, was sold to a director at N15m, less than 50 per cent of the market value of the property. The sale was said to have been without the approval of the board of the company.

Our correspondent reliably gathered that although all the properties were sold at very cheap prices, the buyers did not pay for them.

The report further read in part, “Though the property at Catchment Road in GRA was sold to a director of Harmony Properties Limited at N15m, the buyer only paid N1.5m and started demolishing the building. Since then, nothing else was paid.”

On the quarters at the Parliamentary Village sold to members of the 7th state Assembly, the source noted that even though the approved sales value was ridiculous, the beneficiaries did not pay for the quarters.

The report stated, “The sale was not transparent and it was counter-productive, therefore, government should adopt the recommendation in the first valuation report, which indicated the open market value. The beneficiaries should be given six months to pay the outstanding balance including the difference recommended.

“And if the beneficiaries default after the six months, the sale of the property should be revoked and offered to interested buyers.”

The source noted the report also recommended that the five-bedroomed bungalow at Catchment Road, GRA, which was sold to a director at N15m, should be retrieved immediately from the director that bought it.

The report said, “That all members of the board that approved the sale in contravention of section 282(2) of Company and Allied Matters Act be prosecuted for negligence.”

According to the report, another property that irked the governor was the Amusement Park, a government recreation centre in Ilorin, the state capital, which was sold to a company for N100m. The committee recommended that the government should refund the money to the buyer and remodel it for its primary purpose “as it remains the only all encompassing recreation centre that the state can boast of.”

The report also cited the Shonga Farm Holdings, which was initiated in 2004 by the administration of Dr Bukola Saraki as the governor of the state. The state was said to have brought in 13 Zimbabwean farmers, acquired 17,000 hectares of land compulsorily from 33 villages and spent “a lot of money on the farmers”, including provision of houses and take-off grants in foreign currency for them, among other welfare packages.

The state was also said to have guaranteed loan of N650m for them with the Nigerian Agricultural and Cooperative and Rural Development Bank. However, when the farm could not repay the loan, the sum of N1,184,369,818.48 was said to have been deducted from the state’s allocation to repay the loan.

The report also cited Oke Oyi Poultry Farm, established by the state Ministry of Agriculture and Natural Resources, but was mismanaged, leased and sold to a private establishment at a give-away price.

Also, the Herald Newspaper; Radio Kwara and Kwara Television whose management were allegedly taken over by a ‘sole administrator’ in the immediate past administration, were other government property said to have been mismanaged.

The report noted further that the state’s landed property in choice areas of Lagos, Abuja, Kaduna and Ilorin had allegedly been shared by politicians and public office holders who served the state in the last two administrations.

When contacted to react to the allegations, Dr Muyideen Akorede, who was the Senior Special Assistant on Media and Communications to the immediate past governor, Abdulfatah Ahmed, said he had no comment on the issue.

Akorede, who did not answer his calls, wrote in his response to a message sent to him on WhatsApp, “No comment my brother.”