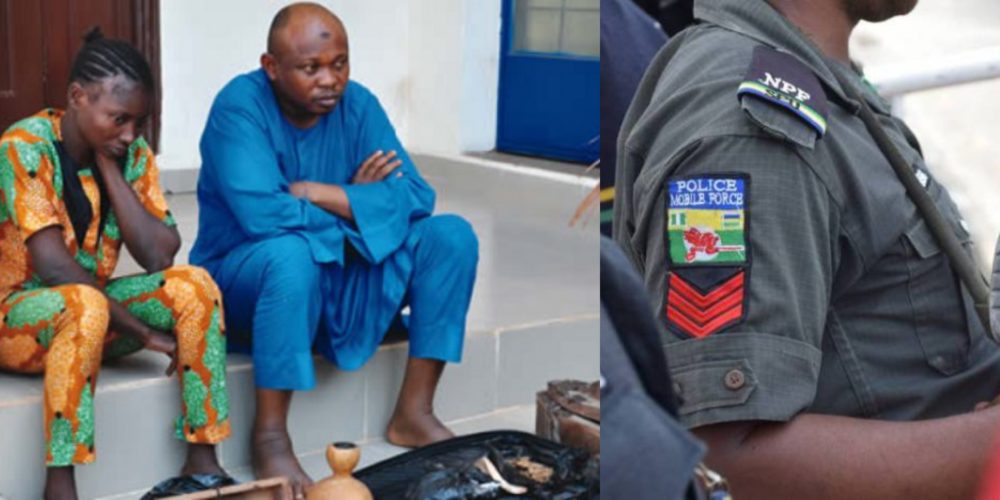 The operatives of the Nigerian Police have arrested and paraded a young woman identified as Fatima Suleiman, for allegedly selling a new born baby’s placenta for N20,000 to an Islamic cleric, Salaudeen Ibrahim.

According to a report by PUNCH, the suspect who is nursing attendant who worked at Capstone Hospital, Taiwo Road in Ilorin, said the cleric asked her to get the placenta for him, adding that she had not been paid for the transaction before she was arrested.

While speaking in an interview with journalists in Ilorin, the Kwara State capital, on Thursday when the two suspects were paraded by the Kwara State Commissioner of Police, Mr Bolaji Fafowora, Fatima said that she was a friend to Ibrahim’s wife and that the cleric asked her to get the placenta about two months ago. 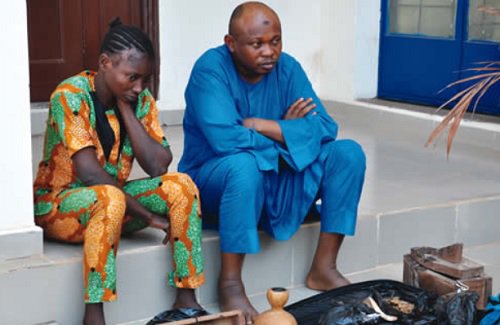 “The cleric asked me to get it (placenta). I succeeded in getting one just last week. It’s my first time of engaging in it. He has not given me any money yet, neither did he promise me a certain amount of money. He didn’t tell me what he wanted to use it for,” she stated.

On his part, Ibrahim confessed that he wanted to use the placenta for a money ritual, adding that he inherited the ritual practise from unnamed persons, and alleged that Suleiman had approached him for a charm to enable her curry people’s favour in her dealings with them.

The cleric said, “She (Ibrahim) told me that she heard that people were using placenta to make charms to curry people’s favour. I said it was true. That was the last I heard from her until she brought the placenta.

“After she handed over the placenta to me, my conscience rejected it though I inherited the charm-making practise, and I said I won’t do it. When I didn’t do it for myself, why for someone else?”

The police commissioner said the nursing attendant and the cleric were arrested for conspiracy to commit the offence of buying and selling/trafficking in human parts, and for being in possession of human parts.

Fafowora said a miniature coffin, charms, an exercise book and photocopied sheet of paper for charms were recovered from the suspects.

He explained that on October 31, 2018 at about 2pm, one Bashirat Jimoh, a pregnant woman and wife of Abdulfatai Jimoh of Gaa Akanbi area of Ilorin, was due to be delivered of a baby, but developed complications and was referred to Capstone Hospital on Taiwo Road, Ilorin, for a caesarean section by the General Hospital.

The CP stated, “Upon a successful surgery carried out on Bashirat by Dr Jamiu Mohammed on the same date, Mohammed handed over the placenta of the newborn baby to his hospital attendant, Fatima Suleiman of Agaka area of Ilorin, to give same to Abdulfatai Jimoh, the father of the new baby; but instead, the suspect, Suleiman, delivered the placenta to one Salahudeen Ibrahim to use for a charm, with the hope of getting monetary rewards from Ibrahim.

“The suspects were arrested; they have confessed to the crime and will soon appear in court.”