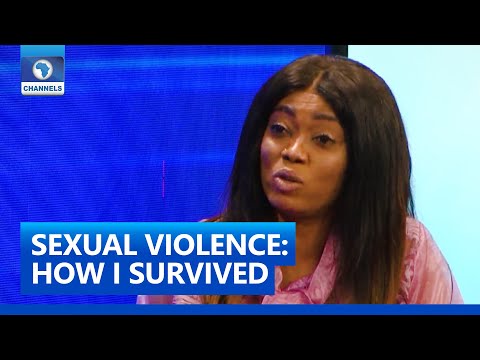 A rape survivor in Nigeria on Tuesday shared a shocking tale of how she was raped for years by a man she thought was her father.

Fatima Ada Isiaku was first sexually abused at the age of five. Her stepfather started off her nightmare by using his fingers on her.

“At the age of seven, the abuse became worse. I was a sex slave for complete seven years under my mother’s nose without her knowing that I was being abused,” she said during the UN Spotlight Initiative Town Hall on Sexual and Gender-Based Violence in Nigeria.

Her attempts to get help failed as her mother, the person she went to would not believe her.

She endured the abuse and worse for years more, all the while believing her rapist to be her father.

After years of trying to convince her mother to believe her, it took another humiliation before the truth came out. Her mother subjected her to a crude virginity test.

After returning home, to the military barracks where they lived at the time, she found herself received coldly by her mom.

“When I came back from school, my younger ones greeted her, I  greeted her; she responded to them but she did not respond to me. She said to me, ‘You stand in the corner’ and she told my younger ones to go inside and not come out. She told me to stand aside.

“So, she poured the water into me and the water went in. She then shouted, ‘So, you are not a virgin?’   At that time, at the age of 14, Fatima had not received any sex education and had no clue what the word ‘virgin’ meant.

“I said, ‘so, who is a virgin?’ and she said, ‘a man has been going through you’. And I told her it was my father,” she shared during the show.

It had taken Fatima so long to get her mother to hear and believe her because, according to her, her stepfather did not only make her a sex slave, he successfully ran a campaign to discredit her and turn her mom against her.

The Spotlight Initiative is a new, global, multi-year initiative from the European Union (EU) and the United Nations (UN).

The Initiative aim is to eliminate all forms of violence against women and girls (VAWG).

According to the United Nations, “violence against women and girls is one of the most widespread, persistent and devastating human rights violations in our world today.”

The Spotlight Initiative aims to bring focused attention to this issue, moving it into the spotlight and placing it at the centre of efforts to achieve gender equality and women’s empowerment, in line with the 2030 Agenda for Sustainable Development.

An initial investment in the order of EUR 500 million has been made, with the EU as the main contributor.