Factional Peoples Democratic Party (PDP) National Chairman Senator Ali Modu Sheriff may have lost his bid to stop the party’s convention billed for Port Harcourt, the Rivers State capital, on Wednesday.
Sources told The Nation yesterday that the Caretaker Committee Chairman, Senator Ahmed Makarfi, has got the nod of the PDP’s Board of Trustees (BoT) Reconciliation Committee to host the convention.
The Independent National Electoral Commission (INEC), it was learnt, has raised a team to monitor the convention.
Makarfi was said to have won the heart of the BoT because his group has gone far with preparations for the convention.
Sheriff, sources said, had become too adamant for the liking of the BoT, which tried all it could to reconcile him with Makarfi.
A source said Sheriff and the BoT, which met in Abuja last Wednesday, disagreed on four issues, including the convention’s postponement.
Sheriff had canvassed for postponement until what he called the “knotty issues” of the party chairman is sorted out.
He and Ahmed Makarfi are fighting over who leads the party.
The other issues are the timing for the reconstitution of the National Convention Committee, who will preside over the convention between Sheriff and Makarfi and the number of slots for Sheriff’s camp in a harmonised National Working Committee( NWC).

The reconciliation panel, headed by Prof. Jerry Gana, has foreclosed any further concession to Sheriff and declared that the convention would go ahead on Wednesday in Port Harcourt.
According to investigation by our correspondent, the reconciliation talks between the Gana committee and Sheriff’s camp went well until the four “knotty issues” came up.
A source said: “The talks began well and we were able to agree on the need to hold a National Convention to put the past behind us and reconstitute the National Convention Committee.
“We even agreed that there will be co-chairmen for the NCC and that Makarfi and Sheriff will coordinate the convention.
“But Sheriff’s camp said the time was too short for it to nominate members into the convention committee.
“It demanded that the convention be postponed by one or two weeks to enable the party create a sense of belonging for all groups and tendencies to be able to fully participate.
“Sheriff’s camp believes that the reconstitution of the convention committee requires throwing nomination for offices into the NWC open afresh. Also, it said the election of delegates should be revisited.
“But there was no commitment from the reconciliation committee on how Sheriff’s camp will be accommodated in the new NWC.
“Sheriff also wanted to know who will preside over the convention between him and Makarfi. He was uncomfortable with the two of them coordinating the convention.”
Another party source added: “We could not address or find immediate solutions to issues tabled by Sheriff because the party had gone far in planning the National Convention.
“So, we disagreed on these four key areas. We will go ahead with the National Convention. We have bent backward a lot to accommodate Sheriff.”
A National Commissioner, who confirmed that INEC would monitor the convention, said: “We will monitor the PDP convention on Wednesday based on legal advice.”
When contacted, INEC’s Director of Voter Education and Publicity Wole Uzzi said: “ We have received a letter to monitor the National Convention of PDP. Except there is a contrary court order, we will monitor the convention in Port Harcourt.”
Asked whether the letter was from the Makarfi group or Sheriff, he said: “Based on the law, there is only one PDP known to INEC.”
He said he had no list of the INEC team going to Port Harcourt.
http://thenationonlineng.net/makarfi-beat-sheriff-bid-pdp-convention/ 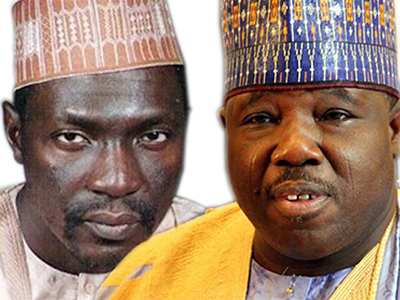