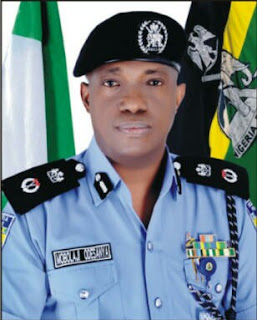 The Commissioner of Police, Rivers State Command Francis Mobolaji Odesanya, is dead.
The CP reportedly died today in a hospital in India, where he went for treatment for kidney failure according to police sources.
CP Francis Mobolaji Odesanya assumed duty as the 37th Rivers State Commissioner of Police in August, 2016. He succeeded CP Folunso A. Adebanjo who was promoted to the rank of Deputy Inspector General of Police and who is currently in charge of Information and Communication Technology Force Headquarters, Abuja.
The later Rivers Commissioner of Police enlisted into the force on February 2, 1986, as a Cadet Assistant Superintendent of Police and rose through the ranks to the position of Commissioner of Police on the 12th day of July, 2016.
Odesanya was born in Lagos and hailed from Irolu in Ikenne Local Government Area of Ogun State. He bagged a Bachelor of Science Degree in Political Science (B.Sc) from the University of Lagos, Akoka and a Bachelor of Law Degree (LLB) from the Lagos State University, Ojo.
Odesanya attended various professional courses both at home and overseas.
Post Views: 0