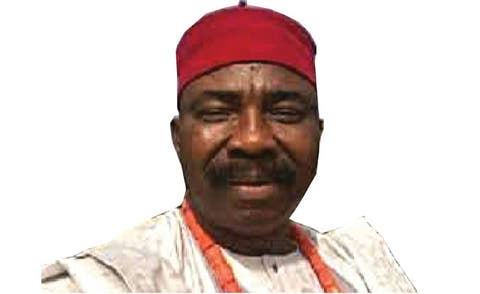 Julius Abuda is the younger brother of Chief Dennis Abuda, an American-based Nigerian businessman who was killed recently by kidnappers at Ahor, Benin, Edo State. In this interview with ADEYINKA ADEDIPE, Julius speaks about the circumstances surrounding his brother’s death and how his body was recovered from the bush

How do you feel that your American-based brother, who was in the country on a visit, was kidnapped and died in hands of his abductors?

I would like to say that the level of insecurity in the country is alarming and we should be looking at how our leaders can minimise the activities of the kidnappers. My brother was a good man. I am not saying this because he is my brother; so many others have also said so through various media. It is a pity that a taxpayer will go to the police station to report a kidnapping case and the police will confirm that the kidnappers are always at a particular location, yet make no effort to arrest the kidnappers. In this case, the police said the kidnappers were always at Powerline by the Auchi Byepass from 12am to 2 pm. Do you know what that means? I won’t say anything but the meaning is very loud and clear.

Only days ago, another incident happened at that same spot where my brother was kidnapped and met his death. It is a pity that the country is in this situation. I am sure that the leaders know the solution but they are pretending not to because of their political interest.

I was hoping to have my brother back after paying the ransom demanded by the kidnappers, but unfortunately, I lost him. Even after his death, we kept spending money on things like autopsy and fuel for the vehicle of the police that accompanied me to comb the forest (to recover my brother’s corpse).

You said your brother’s kidnappers were Fulani. How did you know this?

I saw the abductors, they were Fulani. When you see a Fulani, you will know him by the features of his face. The Fulani have a distinct nose shape. They are all over the forest right now. If as a civilian I was able to comb the forest with the help of other people under two hours and we were able to arrest five Fulani, it means that if Nigerians are serious, we can drive them away from the forest.

There was a viral video of your brother doling out cash at an event. Do you think there was a link between that and his kidnap?

No, no, no, no. When you travel home people come to visit you and you give them money. My brother was always giving out money whenever he came back from abroad. It was part of his philanthropic activities. I do the same thing. He was a philanthropist.

How did you find his corpse?

When those kidnapped alongside my brother were released, they said they asked the kidnappers where my brother was. But the kidnappers told them that my brother had been killed and that his body could never be found. When they told me that, I took it as a challenge. I was the more determined to look for his corpse. I felt that if they had not cooked and eaten his body, then I should be able to find it. I had to join forces with the anti-kidnapping unit of the police, the local hunters and the vigilantes. I also spoke to the chairman of my local government, Comrade John Akhigbe, who contacted two other local government chairmen in the area. The driver who was kidnapped along with my brother and others took us to the spot where they were kidnapped and we went into the forest through the place and we found his decomposing body.

What important security lesson do you think Nigerians should take away from this incident?

Every person should take his security into his own hands. The governments of the various states where Fulani herdsmen are terrorising people should make a pronouncement that the Fulani should go back home without any quarrel intended. Let us sit down and have a meeting to see if we can live together. But for them to be in the forest with guns and be terrorising people; this should never be allowed.

You said you saw the kidnappers. Can you describe what they looked like?

I was the one that took the ransom to the kidnappers and I saw them. They were not even masked. They were Fulani.

Did you transfer the ransom electronically to the kidnappers or pay cash?

There are two police stations near the place  where my brother was kidnapped. If you go through Auchi Bypass after Ahor Police Station, there is another one opposite the forest beside the NNPC mega station. Two police trucks were packed there, while I was handing over the ransom to the kidnappers. They instructed me to pack my car in front of the NNPC station just by a police station. I was scared that policemen might come out and disrupt the arrangement. I didn’t want the abductors to think I alerted the police. After paying the ransom and my brother was not handed over to me, I started shouting and calling the police for help but they ran away. I thought it was a checkpoint but I found out that it was a police station. Imagine the police running away after hearing a call for help.

Why do you think they killed your brother despite collecting ransom?

My brother was 63 years old and he had been in America for over 20 years. They were dragging him to their camp in the bush, but he was not keeping up with their pace; so, he was killed.

Some people were saying he wasn’t killed but he was shot twice on his laps. With what happened to my brother, I am beginning to question our religious beliefs. How would God allow my brother, who did so much for mankind, to be killed by some riff-raff? I don’t want to go into religion and look like I am questioning God.

What kind of a person was your brother?

He was a philanthropist. We are philanthropists in my family especially my brother and I. My late brother was a saint. You know most saints, according to the bible, were killed despite the good work they did. Saints like Apostle Peter and John were kidnapped, jailed and killed. Even Jesus Christ that was sent to deliver mankind was killed. Kindness is like airtime, the moment you run out of it, you will have to go meet your creator. My brother showed kindness to people each time he came home. I usually wonder why he lived his life as if there was no tomorrow whenever I saw him doing good deeds. He was nine years older than me but he was like my father. He took up my training in secondary school till I graduated. Even as he came home, he gave me money despite the fact that I am blessed. He still saw me as that secondary schoolboy and still bought shoes for me.

Do you suspect that the kidnappers were contracted to do the job?

No, I don’t think so and I don’t want to offend God by having such a thought. I don’t want to create a theory where none exists. There was no tip-off for his kidnap, it was a random thing. If the kidnap was arranged by somebody who knew him, he would not have been killed but pampered because they would have known that they would make more money by keeping him alive rather than kill him.

The kidnappers were not killers; they were out to make money. The police know what is happening in that place. My brother was unfortunate to run into the kidnappers with the people he was travelling with. Everybody in my community loves my brother. They have been devastated since they got news of his death.